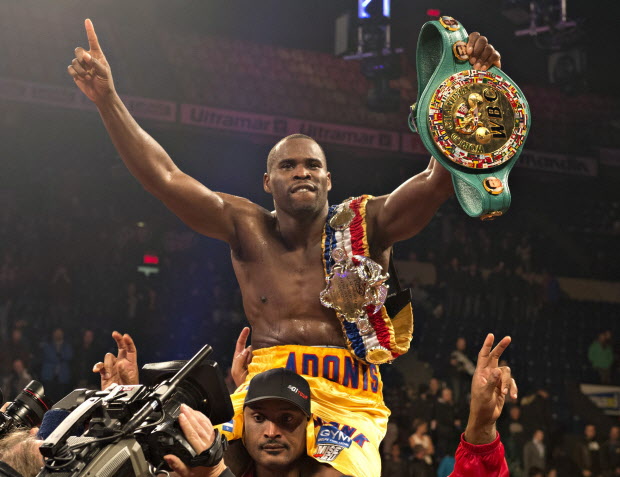 Stevenson will defend his WBC belt against Karpency in Toronto, Canada

ADONIS STEVENSON will defend his WBC world light-heavyweight title against Tommy Karpency on September 11 at the Ricoh Coliseum in Toronto, Canada.

The fight will be a part of Al Haymon’s Premier Boxing Champions series and Spike TV are set to broadcast in the US.

Although ranked ninth in the world by the WBC, former world title challenger Karpency will be a significant underdog against the heavy-hitting Haiti-born Canadian.

The American was handily outpointed by then-WBO world champion Nathan Cleverly in 2012 and was stopped by Andzrej Fonfara in his next fight. Since then he has won four consecutive bouts, including an upset points victory over former titlist Chad Dawson.

Stevenson last defended his belt with a points win over Sakio Bika in April, while a much-anticipated clash with WBA, WBO and IBF champion Sergey Kovalev remains sidelined by broadcast issues.