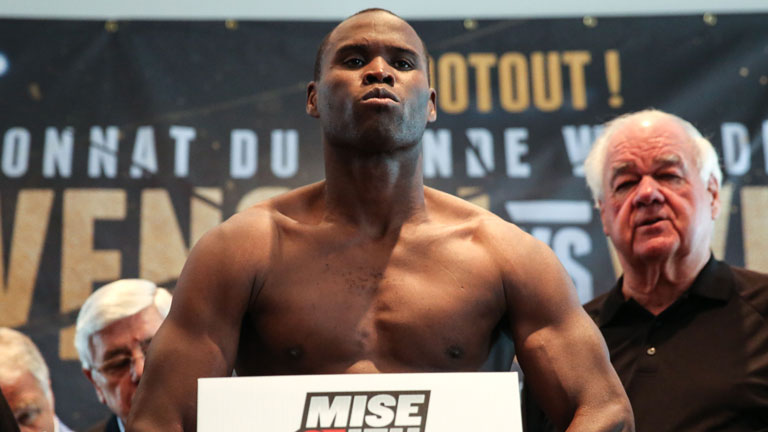 IT seems a long time ago that the world was clamouring to see Adonis Stevenson unify the light-heavyweight division against Sergey Kovalev. Stevenson has drifted away from that fight and, as the Russian waits to lock in a major clash with Andre Ward, Adonis will defend his WBC crown against Thomas Williams Jr in Quebec on Friday (July 29).

“Welcome to Québec City Thomas. I saw your fight against Edwin Rodriguez. It was a nice performance with a beautiful KO. When I saw that bout, I told myself I wanted that fight with you. I knew I was going to be motivated,” Stevenson said.

“I know Williams hits hard and that he has a name now in the United States, but I keep the same Kronk Gym mentality Emmanuel Steward taught me: we go for the KO. It is also the birthday of my daughter and I want to offer her a KO, I am motivated. This will be exciting… Don’t blink.”

Williams promised, “You don’t know what I have been through to be here. Tweets, talks and predictions won’t mean nothing Friday night: facts will. There will be a new champion.”

Eleider Alvarez, 179.4lbs, also boxes on the bill, against Robert Berridge, 178.4lbs, instead of Chad Dawson. “With only a 10 day notice, I am really happy to face a fighter of such a high caliber. Berridge is a tough guy who faced good names like Thomas Oosthuizen and Blake Caparello, but I prepared really hard for Chad Dawson. I am ready,” Alvarez said.