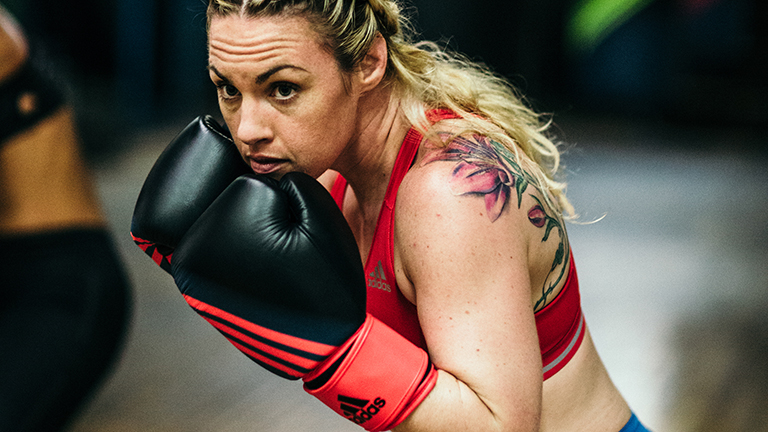 A new set of boxing gloves created by adidas

For the first time Adidas have produced boxing gloves specifically designed for women. The Adidas speedw200 are moulded to suit the shape of a female hand better. Their theory is to avoid female boxers simply having to wear smaller versions of men’s gloves which might not be suitable. These do have a tighter fit with a trimmed wrist and lower hand. A firm Velcro fastening round the wrist can be solidly secured and provides extra support. The thumb part is longer, thinner and extra padded, so it’s easy to tuck in. Fingers can slot into place all the way down the glove and these are well padded all over, including the knuckle part of the glove, but they are lightweight, hence the emphasis on speed. Synthetic taffeta lines the inside of the gloves, which are comfortable. The outside is made of polyurethane to ensure durability.

After using boxers Nikki Adler and Heather Hardy to design them, Adidas boxing director, Michael Arndt, said, “At adidas we’re committed to designing merchandise that brings out the very best in our athletes and consumers. We felt it was important to develop a glove specifically for the female hand, which is why we worked closely with our female athletes to make this happen.”

Undefeated German boxer Nikki Adler, the current WBC super-middleweight world champion, said, “It’s really refreshing that adidas has taken the time to develop a female-specific glove. For most of my career, and probably for a lot of female boxers out there, I’ve had to use small versions of men’s gloves which just don’t fit well enough. I’m proud to be part of the adidas family bringing such a unique glove to all female athletes out there, pro or amateur.”