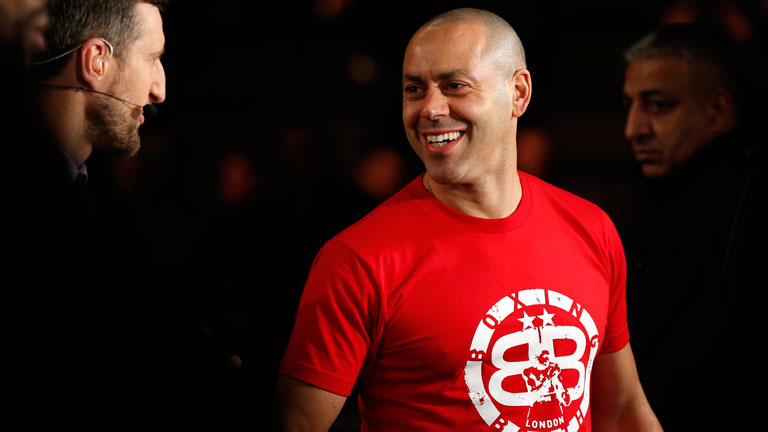 Bradley Skeete tells Danny Flexen he has worked with Adam Booth, as well as his superb head coach Alan Smith ahead of the challenge to Sam Eggington

IT’S a boxing cliche and one your author cannot help but mock (good-naturedly, of course) as, a few weeks ahead of Bradley Skeete’s March 5 challenge to British and Commonwealth welterweight champion Sam Eggington, he prepares to interview the British and Commonwealth title challenger at the iBox Gym in Bromley. “Don’t tell me,” I say to Skeete, who has recently enlisted the help of the highly respected Adam Booth, “You’re in the best shape of your life.” The tall, rangy man from Penge laughs but he’s not arguing the contention.

“You just hit the nail on the head,” Skeete responds. He certainly looks fit, his 6ft 1in accentuated by a lean frame. “Dan, hand on heart, this is probably the hardest I’ve trained. Everything’s been spot on. I’m not gonna say no niggles or nothing, because in a hard, 10-week training camp, you’re gonna pick up little niggles here and there. I’ve had some great sparring, some great influence from Adam Booth – he’s done some work with me as well.

“It’s busy here. Ricky Boylan has been back in the gym but I don’t know if he’s gonna stay here. [Former stablemate and British champion] Sam Webb trains a couple of fighters here. Johnny Garton’s here, Lew [Lewis Pettitt]’s here, Darryll Williams. Us as a team, we’re all proper close, we all go and watch each other fight, support each other. We can all mix in and spar as we’re all around the same weight. We go on the track together, push each other, it’s competitive but in a good way. It’s like an amateur gym in that everyone’s buzzing and training together.”

This team spirit has been pivotal in Skeete’s improvement and it is all harnessed by head coach Alan Smith and his talented assistant Eddie Lam. Skeete believes Smith’s ability as a trainer, allied with his own steep learning curve since dropping a tight decision to Frankie Gavin in November 2014 – his only defeat – will carry him to victory over Eggington.

“It’s just about timing,” he reflects. “The experience I took away from the Gavin fight, mixing at that high level and knowing what’s expected. I just come up a little short. I know what to do now. But being full-time is a big help and makes a big difference. I’ve not got to go work and graft all day then come to the gym. That is definitely a big part of it. I’ve got a full-time sponsor – the Keen Group – they pay me a monthly wage and that’s a massive help. It enables me to do my sparring in the daytime, train in the evenings too, do my running and my strength and conditioning and it’s not all crammed into one period.

“Al’s got a wicked eye, he can watch a fighter and pick up things straight away. He reads a fight well. He’s fully committed to you, he gets the tactics spot on every time.”

If Smith can identify the ideal strategy once again, Skeete will take another, typically lengthy stride towards a long-time dream.

“It all goes back to when I was a kid, telling myself I was gonna be a world champion,” he tells me, his eyes taking on a faraway aspect. “That’s the main goal of any boxer. I just want to be in great fights, headlining big shows. This is a big fight and this is what I thrive on, that’s what I live for.”

WANT AN EXCLUSIVE, FOUR-PAGE FEATURE AND PHOTOSHOOT WITH SKEETE? DOWNLOAD THE LATEST EDITION OF BOXING NEWS MAGAZINE HERE NOW OR BUY THE PRINT EDITION FROM STORES FROM THURSDAY (March 3).