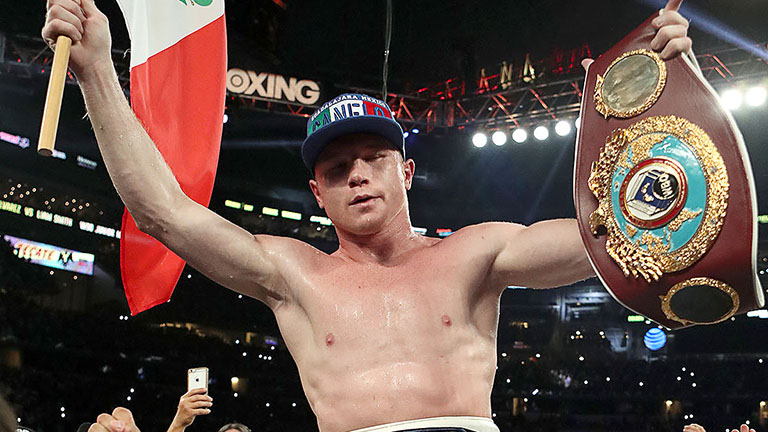 RYAN RHODES knows just how difficult it is to fight Canelo Alvarez. He fought the Mexican as far back as 2011 in what was only Canelo’s first world title defence. A talented and seasoned European champion then, Rhodes thought he would outbox Alvarez. But he miscalculated.

“His fight before that was Matthew Hatton and all he did was walk through Matthew Hatton. I thought if he was just going to do that it would work in my favour because I’m a boxer, I’m a counter-puncher, I’ll pick him off, I’ll move. And I just thought I’d use my boxing brain and I’ll outscore him, outpoint him. But he never did that with me. He held the centre of the ring.”

Rhodes continued: “I thought this wasn’t the Canelo that boxed Matthew Hatton. So obviously the first round I had to change my game plan and try and pressure him a little bit because he used a different game plan to what we thought.

“He can box, he can fight, he can stand on the inside, he can move on the outside. He’s got a very good boxing and fight game.”