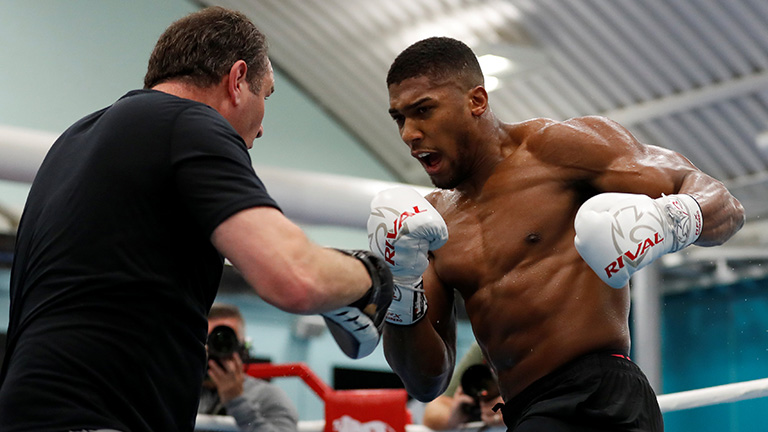 I SPENT much of my life being a boxer and I have now been a trainer for many years. When I was a boxer, I wanted and expected a trainer of mine to understand that as a professional my input could be as valuable as theirs. With a certain amount of experience behind me, especially in the ring as a fighter, I felt I knew enough to have some say into how the training should go on particular days and moments.

When I’m a trainer, I always want the fighter to know that I’ve got their back 100 per cent. That can be a huge asset when they know that their trainer is trying to do the best job for them. As long as they push themselves and allow me to push them, with my own ideology, I always feel like we can get positive results. I feel like a confident trainer will transmit that to his fighter and vice-versa. I’m a fighters’ trainer, meaning that I always make decisions based on what will benefit them more than anyone else on the team.

When it comes to the amount of influence a trainer truly has on the fight, it can vary wildly. There have been many times in history when the trainer has done or said something to push their fighter to victory. I can certainly point to moments in my own career as a trainer where I was able to help them win particular fights. Angelo Dundee famously had numerous moments where he had tremendous influence during a bout.

The flip: Just like in relationships, sometimes the grass seems much greener on the other side of the fence. Sometimes your perception of what it is like to train under someone else is far different to the reality. It doesn’t matter how famous or accomplished someone is. Ultimately, the chemistry has to be right.

Sometimes you change trainers thinking they’re going to resurrect you, only to quickly discover what you really need came from your previous trainer.

Though trainers are often blamed for a fighter’s loss, it’s rare that is the case. Unless the trainer gives some catastrophically bad advice in the corner between rounds on fight night it would be hard to blame them for a fight going wrong. On fight night, after weeks and months of training and working on game plans, it’s the fighter who has to make the adjustments and produce.

If training is not going well, it is also up to the fighter as a grown man or woman to speak up and express their doubts and concerns. The trainer is the boss, but it’s a partnership, and a fighter has the right and the responsibility to give some input on how things are going.

It’s unbelievably rare that a fighter will come out after a loss and place all blame on themselves. It’s always someone else who ignited the loss. As a fighter myself there were times when I knew things were going wrong, but I didn’t speak up and the chips fell wrong. There were times as a trainer I didn’t feel that the fighter was doing the right thing or when my advice wasn’t fully received and the chips fell wrong for them, too.