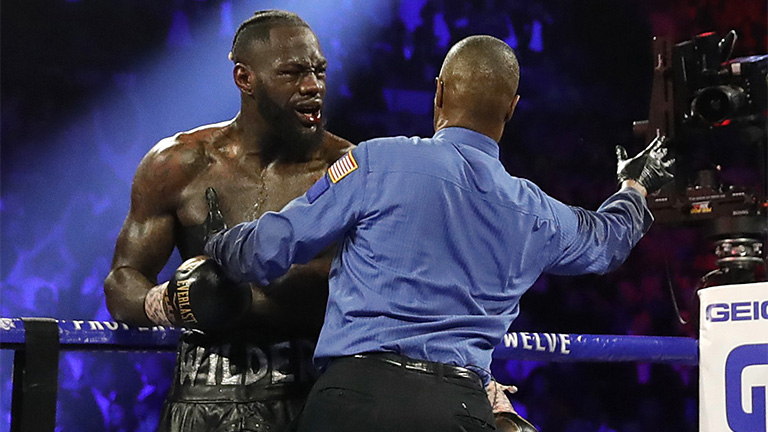 Far too much emphasis is placed on unbeaten records in this day and age, writes Mark Massow

THE new year is well underway and noises are coming from the Floyd Mayweather camp of an impending return. Although these hints have been aimed more at the social media sphere than the real boxing fans, when the self-proclaimed “TBE” speaks certain elements of the sport listen nonetheless. This is in spite of the fact that his best years are far behind him and a new breed have since taken the spotlight.

Mayweather achieved all there was to achieve and at the highest level too. There are some valid arguments that a few of his opponents were past their primes when he decided to engage them in (very lucrative) fisticuffs, but his longevity and record bears scrutiny in the modern era. And then there’s his much-vaunted ‘0’.

A relatively recent trend to protect an unbeaten record in lieu of any meaningful, competitive contests now hangs over the business end of the sport at all levels.

For the ticket-seller promoting him/herself on social media and proclaiming a 7-0 record against combined opponents with records of 3-112, this is understandable when you appreciate that their career progression depends on their ability to sell the required amount of tickets to warrant a place on the next show. But let’s not get too over-excited.

These wins are often a chance to build a following, perhaps gain a bit of local publicity and an opportunity to find your way in the professional system. The contests themselves are not usually overly competitive, as the journeyman opponent often has one eye on their next engagement and subsequent pay day.

The rare upset serves as a warning to respect anyone who steps into the squared circle, but the 40-36/60-54 totals dominate the ticket-seller versus journeyman scorecards up and down the country.

Taking risks is all part of the sport – squaring off against any opponent could be described as risky – but we have a situation now where the local ticket-seller routinely goes through the motions against an opponent whose wages he himself is paying via his ticket sales, to then announce at the conclusion that he’s kept his ‘0’.

Often you hear of ticket-sellers (and/or their managers) refusing to accept an opponent with a winning record or someone who will generate their own purse and come to win, unless a title is on the line. When two novice pros decide to roll the dice and challenge each other the social media posts of ‘daring to be great’ start doing the rounds.

Until the industry, including the boxing press, accepts that a loss early in a career, or even when well established, doesn’t have to be all doom and gloom then things won’t be about to change anytime soon and the whitewash scorecards will be available aplenty. Ticket-seller versus journeyman is the apprenticeship. If the ‘0’ is to be given the respect it deserves then start counting the wins only when they’re not paying for the opponent!