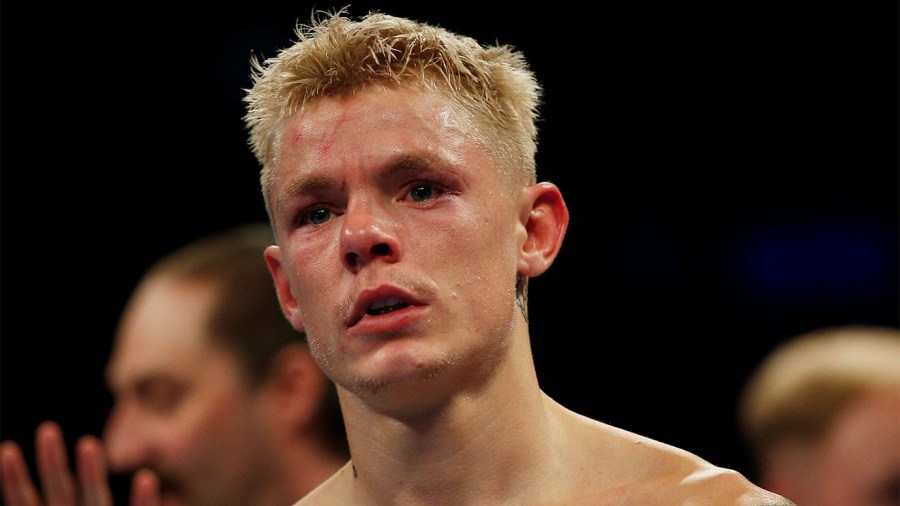 Charlie Edwards was dropped and fouled by his challenger last year. Julio Cesar Martinez later failed a drug test, but then was cleared to win the vacant world title. John Dennen asks Edwards about the darker side of the sport

When are you boxing next?

I’m back out in April on an MTK show at York Hall. I’m currently not in contract with Matchroom. [As he considers options he still] wanted to get out, get back in the ring, get back to winning ways and I didn’t want to be stalled or anything. I’ve been advised not to jump into something straightaway. Now having become a world champion there’s going to be more people that want to work with me and there’s already offers there on the table. I do believe Eddie [Hearn] still does want to work with me, I’ve been told.

I need a fight date, I need something to prepare myself for and put my head into.

‘I’d rather not achieve anything than achieve something that would be false. You’d know deep down that you haven’t achieved anything at all’

It’s only going to be a pound under bantamweight, to keep my world ranking, in the super-flyweight I’m ranked number three in the world with the WBC.

Then it’s about seeing what offer works best for me, the career path and the money more than anything. I’ve become a world champion. Now it’s time to secure my future.

How did you feel seeing Julio Cesar Martinez go on to fight for the title you vacated?

Whatever happens in this sport of boxing, at the end of the day, it is strictly business. The longer I’ve been in this sport, I’ve learned along the way that it is a conveyor belt kind of money-making avenue. So I couldn’t put too much emotion into it. To be fair I watched him against [Cristofer] Rosales and he’s a great fighter.

I won the first two rounds outboxing him [Martinez], but I just could keep him off. [Edwards’ world title fight with Martinez was ruled a no contest eventually, after the Mexican struck Edwards while he was on the deck.] Really it shows, I’m a great boxer, don’t be too hard on yourself. What he done to Rosales was crazy. He walked him down and bullied him. That never ever happens to Rosales. It shows what a great fighter he is, he’s with the Canelo camp. He’s probably with one of the best teams in the sport of boxing right now. It hurt that I had to give the title up [because he needed to move up in weight]. We might meet again and next time we meet again in a higher weight division where I’m in my prime at that weight division and I’m at my strongest, then who knows? That could be another legacy sort of fight.

You don’t know what’s in the future. All I can do is give him props. He’s a great fighter.

He failed a test for clenbuterol, but gets to be cleared by the WBC, fight for a world title, work with Eddie Hearn again, how does that sit with you?

It hurts because I know how bad I was on the scales and my life was on the line. And that’s the reason why I moved up.

Later on, it comes out about the drugs, it hurt, of course it hurt. But at the end of the day, it is what it is. Boxing’s the most corrupt sport in history. It has been for years and years and years. There’s no point grumbling over it. There’s no point. Me having negative energy towards it, all that’s going to do is kill my own happiness with the sport and make me not want to do it. So it is what it is. I know I’m clean. I know I do everything right. That’s all I can ask of myself.

So many more people are failing drug tests left, right and centre… If they want to make their money, they’ll do it at all costs. It’s sad but it’s what we’re involved in.

After a while do boxers who are doing the right thing start thinking to themselves if you can’t beat them, join them?

Lately it’s been drug test after drug test failed… They get two fights back, three fights back. They start winning again and everyone’s forgotten about it. It’s crazy. The thing is, nothing in life is fair. So you can’t expect things to be fair in sport either.

As a fighter is it easy to resist that temptation?

I could not for the life of me do that. Because it would take everything I’ve work for from the age of 11 away from me and all the achievements I’ve earned, it would be false. I’d rather not achieve anything than achieve something that would be false.

You’d know deep down that you haven’t achieved anything at all.