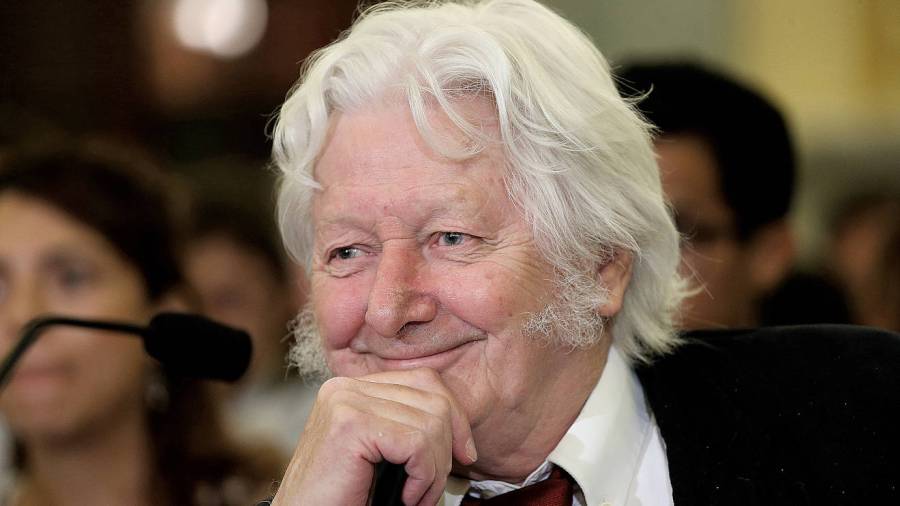 HE wandered over with a mischievous look on his face and pulled me to one side: “It’s Fidel on the phone – the Cubans are done,” he told me.

It was Houston in the summer of 1999, a very troubling Amateur Championships, and after several bad, bad decisions, the Cuban team had just been ordered back to Havana by Fidel Castro.

In a huddle, on one side of the ring, Raul Villanueva, the Cuban delegation’s top official, was speaking on a large phone. He stood to attention. Next to him was Felix Savon, headguard on, towel across his chest in the Cuban way, gumshield in – I will never forget that detail – and he was standing in front of a Cuban flag. On his left was Alcides Sagarra, the Cuban coach. There was a spectacular stand-off. Villanueva got off the phone, the Cuban team, with Savon leading, marched around the ring singing. Savon was gloved and ready for his final with the American, Michael Bennett.

And when the song finished, the Cuban team left the building.

“It’s crazy, I knew this was coming; I’m off to speak to the Professor,” added the man at my side. There was a mix of adrenaline and glee in the man’s voice.

The man was called Andrew Jennings and it’s possible that his investigative journalism saved boxing from being thrown out of the Olympics a long, long time ago. At the time, he was blamed for taking boxing to the very edge. Well, that was the chosen and pushed narrative.

Jennings died the other day. He was once a very, very good friend and he remains one of the finest and most fearless writers I ever shared a press conference, ringside or bar with.

In Houston on that steamy day, Jennings scurried away to confront Professor Anwar Chowdhry, the boss of AIBA. Chowdhry tried to sell him another tale about cleaning up the mess, rooting out the corruption. It was verbal larceny, make no mistake.

Jennings had heard it all before during decades hounding, chasing, exposing the most corrupt people in the sporting world. His book about Olympic corruption, and how gold medals can be bought and sold, was called, The Lords of the Rings. There were a couple of more books, all brilliant, all totally mad, packed with stories that are hard to believe and even harder to invent. Jennings was a genius.

Jennings did find the Professor, but when he asked him if he would be meeting with the press to discuss the Cuban decision, he was met with a look of amazement. “Chowdhry looked at me as if I was demented.” Jennings wrote that in his 2000 book, The Great Olympic Swindle.

The Eighties and Nineties was a sordid time for Olympic sport; giant bribes, jobs for the boys and endless heartbreak for competitors in many sports. Jennings exposed corruption and named the arrogant officials running the Olympic movement. The boxing family he found was rotten. He had death threats, he resisted gagging, he flew to places where he could have so easily vanished. He also wrote about the people who were killed. It’s a long list.

He would show up in Nairobi at a convention, confront an Uzbek official and refuse to back down. He charged in, uninvited, smiling, scruffy and noisy and not afraid. And then the awkward questions would come.

There were no taboo subjects when Jennings went to war: Bribery, illegal scholarships for children, first-class travel for mistresses, pimping, corrupt schemes; national treasures, rascals, conmen, drug lords, billionaires and some duped athlete fools all felt the force of what Jennings believed was right.

And he had a special love affair with the old game.

Jennings got to know a man called Karl-Heinz Wehr, a very powerful amateur boxing broker from East Germany. It was Wehr, a Stasi agent, who filed every detail about the Roy Jones and Park Si-Hun Olympic final in Seoul. Wehr, whose Stasi codename was Seagull, detailed the money, the names, the envelope carriers. His files were meant to stay hidden in Stasi’s East Berlin vaults forever. Then, the world changed and Jennings found them.

Wehr was shaken when he returned from Seoul; he knew his sport was in danger of being hijacked by sophisticated gangsters. He took a break before reporting to his commissars. Wehr, rest assured, was not beyond political decisions of his own, but he was a Cold War warrior, an old-school Soviet operator. Wehr was a colonel in the East German People’s army; he was a natural Stasi agent. Wehr and Jennings eventually spoke. Chowdhry was no fan of Wehr – the Seagull had kept a record of all the Professor’s deals.

Jennings helped make the Jones fiasco an international travesty. He discovered the filth in those stored and closed files, he wrote about it, he confronted it. He uncovered Chowdhry’s sordid little details and how they were just part of a whole dirty business of Olympic corruption. It was an Olympic crisis with governments, royalty and the wealthiest citizens all involved in the swindle of the Games.

Jennings loved it. He loved the conflict; he attacked the mighty in our sport and named and shamed the crooked officials. A Romanian ref here, Ugandan judge there and South Korean billionaires. There were no untouchables in his world.

In Houston in 1999, Jennings was everywhere; in the fight hotel, at breakfast, in the dressing rooms, at ringside. Always pointing out officials, asking about absent friends (crooked officials with visa problems) and predicting the end for boxing. Instead, I truly believe he helped boxing survive. It was a slow process, his claims were initially so excessive, the abuses so normal; it was no surprise that Jennings was often called a crackpot. But Jennings never stopped.

As early as 1994 there were internal IOC documents calling for boxing to be dropped from the Olympic schedule; the Seoul disgraces in the boxing ring were a disaster. Jennings helped shine a very bright light on the guilty and the crooked power brokers, the men who sanctioned and paid for the outrages; there is a very real argument that boxing would have simply been dropped without the spotlight.

In Houston we both watched as the Cuban delegation took their orders straight from Havana. Jennings had a big smile on his face. He was part of history again.

By the way, Sagarra and Savon together. That is legend.