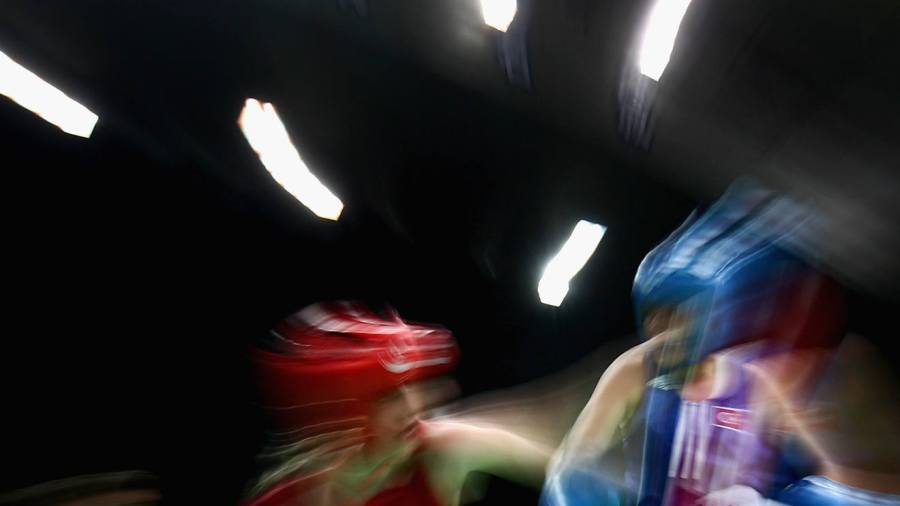 Steve Bunce tells the story of an envelope stuffed with cash, a bath stuffed with a dead man and the Russian amateur boxing connection

IT is hard to tell where this story starts or ends and that is not unusual when I pull a few facts together. There was an envelope stuffed with a $1,000 in Havana, a bath stuffed with a dead man on Tchaikovsky Street in Moscow and a big lump swearing at me on the Turkish coast. They are probably all connected to Russian amateur boxing, perhaps the coldest of Cold War agencies.

In November of 1996, Ricky Hatton lost a tight one to a Russian in the semi-final of the World Junior Championships in Cuba; the Russian walked the final, Hatton would be a professional 10 months later.

At some point in Havana, a “big man in a big coat” handed distinguished English referee and judge, Mick Budden, ten 100-dollar bills. Budden handed it over to an official after he had finished the fight he was assigned. The Big Man vanished, Budden thought he was Russian, but the Russians countered with: He could be from Ukraine, Belorussia or even Hungary. And that was it, I was hooked.

One of the top Russian amateur boxing officials at the time was Vladimir Dadiev, an influential figure in the sport and part of the European Amateur Boxing Association’s referee and judges committee. Dadiev’s name was mentioned in talks about the Cuba incident. That’s clandestine talks, by the way.

In January of 1997, Dadiev was found shot – two automatic weapons had been used – and holding an electric toaster in his bath at his flat in Moscow. It looked like torture, it felt like cold-blooded murder. His son had been gunned down the previous year in a restaurant; the official line was that Dadiev was involved in organised crime, the unofficial line was different. Dadiev had been a very active fixer on the amateur boxing scene, a relic from the Cold War days when Stasi agents from East Berlin smuggled micro films in the gloves of the boxing squad. There was a man called Seagull, which was his Stasi operating name, in charge of AIBA for a long, long time. It was an old world inside the new amateur boxing world, make no mistake.

On the Turkish coast, in a town called Antalya, the second edition of the Women’s World Amateur Championships took place in 2002 and I was there. And so were the Russian boxers and, more importantly, the officials.

The quality of the boxing was impressive. The great Mary Kom won her first of six titles and I got a picture of her in The Observer. The North Koreans were like old pros, winning two golds and two silvers. However, the Russians looked masterful, like improbable veterans in a sport that was so young.

I had my eyes on the Russians, I always have my eyes on the Russians at amateur events. They had the best fighters and the best coaches and I watch – that’s how you learn. I had shared a hotel with Russian officials, dignitaries and government men at the World Championships in Budapest in 1997; some were big men in big coats. I had a contact or two and they knew the score with Dadiev. And they had good vodka, that’s the truth.

In Antalya, the British never sent a fighter, the Americans returned with two silvers and a bit wiser. “We are here to learn, it’s that simple,” said Gloria Peek, the American coach and a prison guard. She also worked with the men. A total of 177 women from 36 countries were there.

The Russians won a single gold and it would have been one more, honest. However, Natalia Kalpakova, the favourite at light-middle, was knocked out by her coach. Some said he was her husband. She got up and he slugged her again. The coach from Lebanon got involved and he got a slap or two. He told me the story, the full bloody details. The police were at the venue, armed and dangerous and Natalia was kept hidden in her room. She was smuggled back to Russia two days later and had to have some plastic surgery on her cut brow.

This is a true story, by the way.

The ‘coach’ remained in Antalya and soon found another woman. At the event’s final function, she was there, on his arm in a bad dress and wearing a lot of make-up to conceal bruises. I hoped it was from a fight and not his handy fists.

“Do you know what the sonofabitch said when we asked him about the incident?” said Sandy Martinez-Pino, the chair of the women’s commission at AIBA. “He said that in Russia the women expect it. What an arsehole.” He was a liar and coward and bully.

Inevitably, away from the fights and interviews and sights, I needed to speak to the man. No such luck until the night before the finals when I found him at the bar in the Gridacity Hotel. He was there with his big mates in big coats. “Can I speak to you about Natalia?” I asked.

There was a moment of Russian spoken and then a man in a team blazer appeared. He got, as I wrote in 2002, “a bit Ian Fleming on me.” But this was no James Bond movie, the man with the loose fists was no Bond villain. The man in the blazer leaned in, near my ear and said: “You are a big man but not too big. Go f**k off and stop asking so many questions.” How rude.

The finals the next day were brilliant; Kom started a revolution for Indian women and the final between France’s Myriam Lamare and Turkey’s Yasemin Ustalar was class; it was 26-26 and Lamare won 88-86 on countback. The Russian women won five medals. It was the real start of where we are now with women in the boxing game.

I never saw the man with the wayward fists ever again; the man in the blazer was right in the thick of the top officials at the finals, and I even saw him in London at the Olympics. I always watch the Russian amateurs, always.

Meanwhile, Mary Kom looks like she is never going away. She is the timeless boxing queen, the greatest influencer in the game.