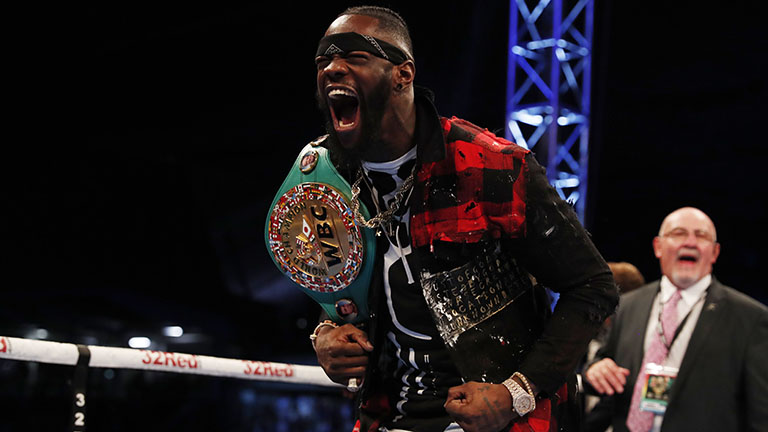 TYSON FURY will bid to win back a portion of the world heavyweight crown in his upcoming super-fight against Deontay Wilder.

WBC champion Wilder had been slated for a unification bout with Anthony Joshua but when negotiations broke down Fury was the obvious replacement.

Here Press Association Sport takes a closer look at the Alabama fighter who is determined to prove he is the best in the business.

Wilder was born in Tuscaloosa, Alabama, and started boxing in 2005, at the age of 21. He was an unremarkable amateur, narrowly qualifying for the 2008 Beijing Olympics where he went on to win a bronze medal. He turned professional later that same year, racking up an impressive list of knockout wins including a one-round stoppage of Audley Harrison in Sheffield in April 2013.

As a fighter, Wilder somewhat lives up to his name. He is extremely confident in his knockout ability, as he should be given all but one of his 40 career victories have come inside the distance. But his eagerness to finish his job could also prove to be his downfall. In his last fight in April, he was heavily rocked by challenger Luis Ortiz and seemed on the verge of defeat before rallying to finish the job in round 10.

Wilder’s early career record was padded out with club-fighters but also included an array of impressive conquests including the likes of Owen Beck and Sergei Liakhovich. Wilder won the WBC title over Bermane Stiverne in 2015 in what has proved so far to be his only bout to go the distance. However, Wilder sent an emphatic message last year when he destroyed Stiverne in the first round of their rematch.

Wilder’s brash and confident personality hides a softer side. He heads a loud entourage known as the ‘Bomb Squad’ and has appeared on the reality TV series ‘WAGS Atlanta’ with his girlfriend Telli Swift. However, Wilder has also spoken out about how he was convinced to take up boxing in order to support his daughter Naieya, following her diagnosis of spina bifida.

A unification bout between Wilder and Anthony Joshua had seemed to be the only heavyweight fight in town. But after negotiations escalated into acrimony, Wilder turned instead to Fury. By sidelining the holder of the other major belts, the winner of reigning WBC champion Wilder and so-called lineal holder Fury will be able to stake just as loud a claim to the genuine crown.