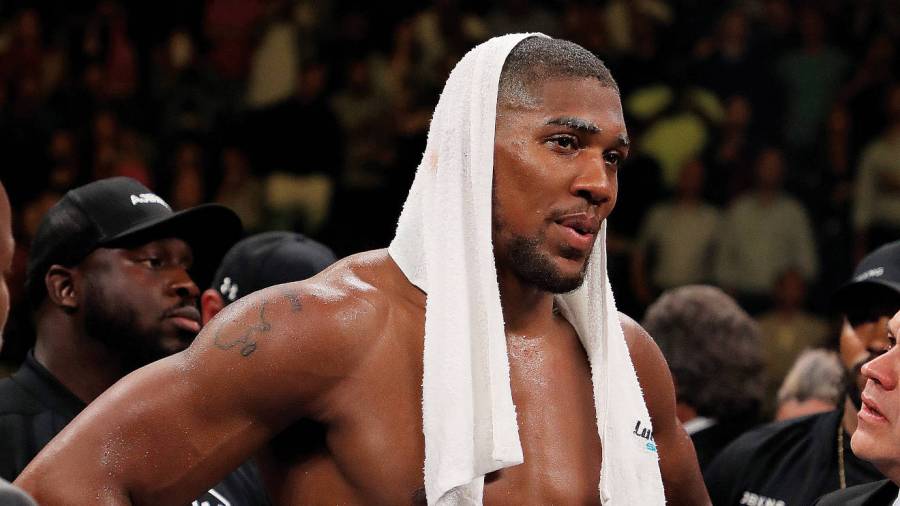 THE impending rematch between Oleksandr Usyk and Anthony Joshua is the most important fight of the latter’s career to date. Win impressively and the Englishman’s stock rises to new levels. Lose convincingly, like he did the first time, and the 32-year-old’s future in boxing will at best be uncertain. It’s prize-fighting in a nutshell, this fickle business where reputations are defined by winning or losing your most recent fight, regardless of what came before.

Back in September last year, at Tottenham Hotspur Stadium, Joshua looked distracted before the opening bell. Wading through the crowd, he stopped to talk to old friends and even asked Clifton Mitchell for some advice moments before the fight began. He went on to lose convincingly, his efforts to outbox a master boxer unsuccessful.

During fight week, his coach Robert McCracken admitted that Usyk was a dangerman. “He’s smaller, he’s quicker, he’s a southpaw,” McCracken told me. “If you leave something out there, he’s going to catch you. He’s very good with his counters, you’ve got to control the space that you’re in and that’s what Josh has worked on; whether the space he’s in is big or small, he’s got to control it.

“This is heavyweight boxing. Two or three rounds go by and you think you’re alright, we’re winning here, and the next thing the [other] fella is a pain in the arse and you’re thinking ‘f**king hell.’

“The thing is with Anthony, you never get into the conversation of avoiding someone. It’s not in his mindset. There’s never a suggestion of swerving anyone, even if you [as his trainer] wanted to, he’s a very positive person and that’s his mindset… Big Josh does what he does well, if he uses his attributes smartly and sets things up well, he should win. That’s what he’s got to do; control himself and the opponent. It will be a great challenge and a fight he’s more than capable of winning.”

It was an honest assessment. There was no false bravado, no promise of victory, yet it’s clear the trainer knew exactly what was required to win.

This week it was reported that Robert Garcia will take McCracken’s place as head trainer. It’s a ballsy development that underlines Joshua’s interpretation of the situation; something had to change. Whether it’s fair that McCracken bears the brunt is not really for you or I to decide. Certainly a trainer being moved on is nothing new. But it’s natural to wonder if McCracken’s honesty behind the scenes ultimately cost him his job.
Joshua thrives when he’s assured. He feeds off the confidence of others. That he’s going straight into a return with a rival who outboxed him so completely speaks volumes about his determination.

The fight is now likely for August in Saudi Arabia, the scene of Joshua’s victory over Andy Ruiz in their December 2020 sequel. Back then, however, Joshua started as the favourite. The loss he’d suffered six months before to Ruiz, on an unforgettable New York night, could be written off as an aberration. But against Usyk, it was different. The defeat wasn’t down to one single blow suddenly scrambling his senses, it was because several, coming in from all angles, bamboozled Joshua for 36 long minutes.

To gain supremacy over Usyk one sensed that Joshua’s approach needed a complete overhaul and not, like against Ruiz, just a few tweaks here and there. Some suggested that Joshua should look to rebuild his confidence, as opposed to his training team, by stepping down a level or two. But as we have seen throughout his career, and as McCracken identified eight months ago, stepping down is not what Joshua is about.

A change might be exactly what’s required. It doesn’t need to be an insult to McCracken, either. Fresh ideas can instil new belief. Physically, Joshua can only do so much. It’s the psychological battle – often with himself – that’s important here.

Garcia is an esteemed coach who’s adept at making battle plans. Yet there’s an awful lot to formulate in a short space of time. There is a train of thought that says Joshua can beat Usyk if he stamps his physical advantages on the contest early. Watch that first fight again and there is hope; a body shot stopped Usyk in his tracks at one point and the Ukrainian’s face was badly bruised by the end even though it was hard to remember him taking many blows. The power is there.

Worth noting, too, that Joshua hasn’t walked through anyone in the first half of a bout since he flattened an overmatched Eric Molina in three rounds back in 2016. In truth, though he started out as a KO artist, he’s been forced to take his time, while managing his stamina, since he stepped up to world level. And Usyk is as ‘world level’ as they come.