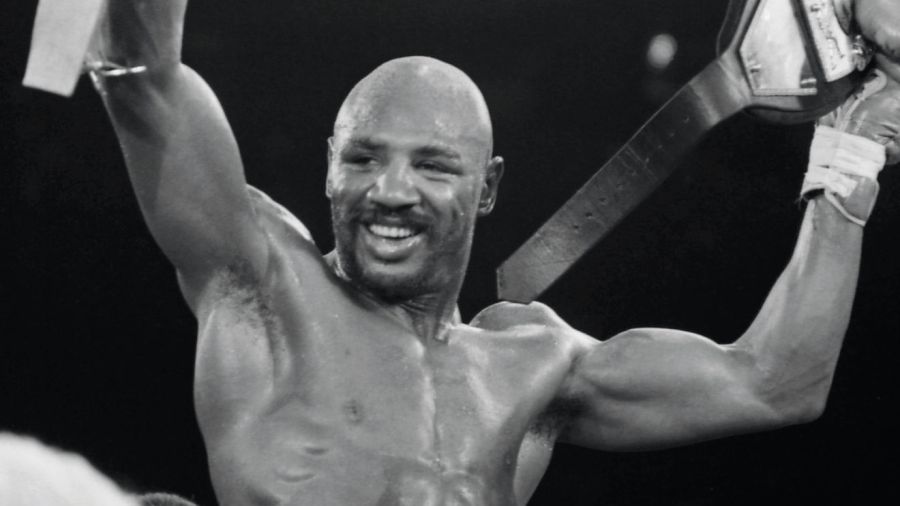 Eric Armit investigates the origins and struggles faced by southpaws, left-handers in the world of boxing

THE need to conform can be a strong driver in people. Those that do not conform are often perceived as different – a threat – and have faced prejudice and pressure to change their ways to ‘fit in’. If they don’t fit in then, often, they face discrimination that can manifest itself in many ways from mental bullying to physical abuse. There is one non-conformist group which throughout history and even in language has been labelled as wicked and evil: the left-hander.

Despite the stigma attached to them, many refused to change and from within their group emerged some of the most eminent people who have overcome this unfair label to achieve fame. Disparate people such as Napoleon Bonaparte, Julius Cesar, Alexander The Great, Mozart and Beethoven, Joan of Arc and Marie Curie, Leonardo Da Vinci and Michelangelo, Albert Einstein, Babe Ruth and Ty Cobb, Winston Churchill, Sylvester Stallone, Marilyn Monroe and even Chewbacca from Star Wars were/are left-handed.

It’s believed that the word ‘left’ derives from the Anglo-Saxon word ‘lyft’ which means weak. Furthermore, the English word ‘sinister’ evolved from the Latin adjective sinister/sinistra/sinistrum which originally meant ‘left’ but eventually also took on the meaning ‘evil’ or ‘unlucky’. So even our language paints the word ‘left’ negatively.

All of these negative references to ‘left’ take physical form in the way that in some cultures to be left-handed is a curse. In extreme cases, children born left-handed would be beaten or forced to change their proclivity, often having their left arm strapped to their side. Because approximately 90 per cent of the world’s population is right-handed a whole slew of manufactured items are either very awkward for left-handers to use or even dangerous. As a small example I am old enough (just) to remember school desks had inkwells and they were always placed on the right side of the desk.

Boxing has not been immune to this right-handed bias. Just as 90 per cent of the population is right-handed it follows that left-handed boxers, referred to as southpaws, were very rare in the early days of boxing.

The word ‘southpaw’ is claimed to have evolved from baseball where the way the field was set up meant that a left-handed pitcher’s arm was on the southward facing side of his body. Before that, the term had been used to indicate ‘not usual’.

The first Hall of Fame fighter to be described as a southpaw was Englishman William “Abednego” Thompson, who won the British title in 1839, but the term may have been added to his biography much later when southpaw was in common use in boxing.

However, no matter how the term southpaw came to be applied to left-handed boxers the fact is that at the start of the 20th century southpaw boxers were almost unknown. If a young man entered a gym to learn how to box and he was left-handed he was usually given the choice of either converting to what is now termed orthodox (which again illustrates the negativity of left-handed being unorthodox) or never darkening the gym door again.

This situation meant that it was 1914 before a southpaw first claimed a world title in what we might term the ‘modern’ era. Al McCoy (Alexander Rudolph) knocked out George Chip in one round in April that year to win recognition as the middleweight champion. It was another six years before Johnny Wilson (born Giovanni Francesco Panica) followed McCoy, also winning the middleweight title by outpointing Mike O’Dowd in May 1920. That did not herald a new attitude to southpaws and it was almost six more years before a new southpaw world champion was crowned when Theodor “ Tiger” Flowers decisioned Harry Grab in February 1926 to become the third southpaw and the first black world middleweight champion. Just four months later Pete Latzo “Young Clancy” became the fourth southpaw champion. He had taken a severe beating when challenging Mickey Walker for the welterweight title in 1923 but in a return bout in May 1926 he decisioned Walker.

Four southpaws winning world titles did not open the floodgates and southpaws continued to be rare beasts. The next to emerge was Canadian Lucien Pierre “Lou” Brouillard who won the welterweight title in October 1931 and went on to win a version of the middleweight title in 1933. Brouillard was not a natural southpaw. He started out as orthodox but busted some ribs on the right side of his body hampering his use of his right so he switched to southpaw.

It seemed as though there was some easing in the anti-southpaw mind-set as George Nichols (Nicholsi) won the light-heavyweight title in March 1932, and in 1933 – a comparatively bumper year for southpaws – three portsiders won world titles. Freddie Miller (Mueller) won recognition as featherweight champion. Miller had fought for the title twice before losing on points to the champion Battling Battalino for the title in 1931. He then floored and stopped Battalino in three rounds in January 1932 and was acclaimed as world champion. Unfortunately Battalino’s fainting act in the fight convinced no one and the result was changed to No Contest. Miller finally won the title in January 1933. In February 1932 Young Corbett III “Raffaele Capablanca Giordano” became the first Italian-born southpaw fighter to win a world title when he outpointed Jackie Fields for the welterweight title and then came Joe Knight who did not win the title in the ring but was awarded the NBA light-heavyweight title after a run of good wins- meaning his status is disputed.

Some of the above went on to win other titles but no new southpaw champions appeared for another six years until Melio Bettina beat Tiger Jack Fox for the light-heavyweight title in February 1939.

After 1939 it seemed as though all of the past prejudice raised its head again as only two southpaws, Scotland’s Jackie Paterson who won the flyweight title in 1943 with a first round kayo of Peter Kane and Mexican Juan Zurita who decisioned Sammy Angott in March 1944 to win the lightweight championship were the only new southpaw champions over that 10-year period from 1940 to 1949.

Southpaws almost disappeared in the 1950s. That decade saw only one new southpaw world champion crowned in Australian Jimmy Carruthers who won the bantamweight title with a first round kayo of Vic Towel in South Africa.

That meant that over a 20-year period only three southpaws had won world titles but things were changing. Although the 1960s are credited with bringing huge cultural change many of those who spearheaded those changes were born and raised during the late 1940s and 1950s. Attitudes were changing and old fashioned views such as those stigmatising left-handed people were being discarded. Surveys in the 1970s showed that the younger the age group the higher the percentage of left-handed people there were.

It did not happen overnight but boxing was changing and becoming more international with some countries who had only been very minor players making their mark.

Both the change in attitude and the internationalising of the sport were evident in the 1960s. After just 13 southpaw world champions in the 60 years to the end of 1950 there were seven new southpaw champions in the sixties and none of those were American. New champions included Horacio Accavallo (Argentina), Flash Elorde (Philippines) Rene Barrientos (Philippines), Bernabe Villacampo (Philippines), Hiroyuki Ebihara (Japan), Ki Soo Kim (Korea) and Mexican Vicente Saldivar.

From there southpaws have become very much a part of the mainstream with 51 newly crowned southpaws in the 1980s, 59 in the 1990s and 65 between 2000 and 2010. The curve has flattened a little with 55 up until the end of 2019 but a southpaw champion is no longer seen as an aberration. The proliferation of world titles also played a part but there can be no doubt that it is far more acceptable to be left-handed in the modern day.

One unique case saw southpaw Frank Cedeno lose the WBC flyweight title to southpaw Koji Kobayashi who in turn lost the title to southpaw Gabriel Berna and southpaw Saensak Muangsurin still holds the record by winning a world title in only his third pro fight.

Southpaw champions, like any other group of boxers, have had their share of tragedies or near misses: WBC lightweight champion Edwin Valero murdered his wife and then committed suicide in prison; Orzubek Nazarov, while WBA lightweight champion, was wounded and the only survivor of an armed ambush in his native Kyrgyzstan before he went on to be elected to the Kyrgyzstan parliament (no information on whether he was on the right wing or the left wing of his party); former two-weight champion Paul Williams was involved in a 2012 motorcycle accident which left him paralysed from the waist down just one week after he had signed a contract to fight Saul Alvarez. In 2014 the Boxing Writers Association of America awarded Williams the Bill Crawford courage award.

We can be glad boxing rid itself of the stigma it attached to left-handed boxers thus allowing southpaws to cross over from the ‘dark side’ and reward us with a host of talented fighters to admire and enjoy.