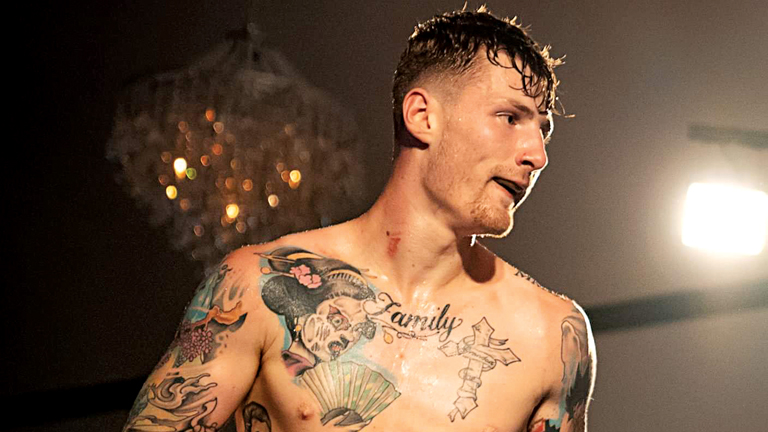 Andrew Fairley catches up with George Lamport, an 8-0-1 pro who was once punched - on the arm - by Boris Johnson following an amateur win

When and why you started boxing:
I started at about 10. I was getting bullied every day at school, so my cousin, Jimmy Sines, took me to the boxing gym.

Favourite all-time fighter:
I always looked up to Ricky Hatton.

Personal career highlight:
Coming back from two years out of the ring to win the Haringey Box Cup as an amateur.

Best and worst attributes as a boxer:
My main strengths are my footwork and hand speed. My willingness to fight anyone could be considered as a weakness. It may trip me up in my career.

Training tip:
Build a bond with your coaches, as they’re the ones you’re going to spend most of your time with.

Favourite meal/restaurant:
I can eat Domino’s Pizza all day. I also love a good steakhouse and a bakery.

Best friends in boxing:
My coaches, John Edwards, Kazy Kindon and Lenny Fletcher. I’m best friends with Derek Renfrew, plus all the other boys at Guildford City Boxing Club. We’re a family.

Other sportsman you would like to be:
I’m a massive darts fan. I’m from the same town as James Wade and he’s a nice bloke.

Last film/TV show you saw:
Dragon Ball Super: Broly. It’s a great film – 10 out of 10! People can guess from my tattoos that I’m a massive geek at heart. I love watching anything geeky.

Who would play you in a film of your life:
Kit Harington because I love Game of Thrones. Or Ewan McGregor, but only if he does his Obi-Wan Kenobi voice!

Have you ever been starstruck:
I’ve never really been starstruck, but my weirdest experience was when Boris Johnson punched me on the arm after an amateur fight and said, ‘Well done, brilliant!’

Last time you cried:
I remember being so frustrated at the Dark Souls computer game that I cried with anger!

Best advice received:
‘Boys can’t beat you if they can’t hit you.’ My amateur trainer, Danny Brewer, taught me that.

Worst rumour about yourself:
That I climbed Mount Kilimanjaro in flip-flops!

Something not many people know about you:
I can complete the original Mario Bros. computer game in around 10-12 minutes.

Next fight: Lamport is aiming to go 10 fights unbeaten in his next bout.