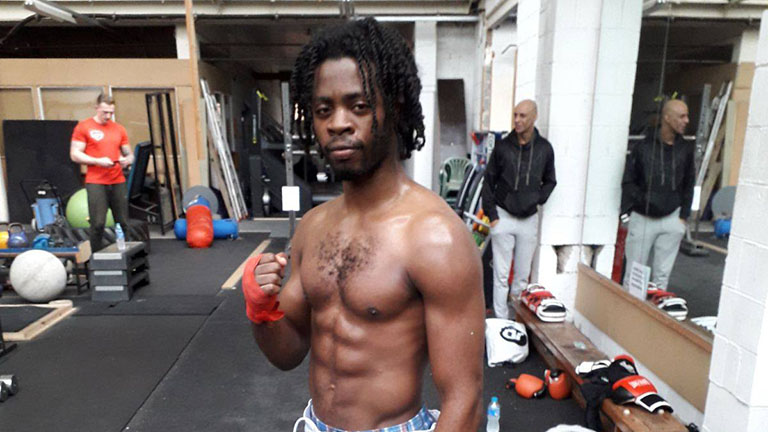 David Wainwright speaks to a grime artist in Omari Grant

I took part in a white-collar boxing match to raise money for charity. I did it for moral support for a friend of mine.

Marvin Hagler because of his work ethic. He put so much dedication into his craft, had a granite chin and knew how to switch. That’s the ultimate fighter for me.

Aaron Pryor-Alexis Arguello – the first one. Perpetual motion versus an immovable object.

Beating Dean Jones [on points over six rounds] in October last year. I was working full-time at Boots on the night shift and I didn’t have a coach at the time. Winning the fight showed me what I had inside me, considering all the obstacles that I had in my way beforehand.

They’ve all been equally tough. It wouldn’t be right for me to pick out just one of them.

My best attributes are my heart and determination. My worst is that I overtrain sometimes and I don’t know when to rest. Recovery is just as important as training.

When you’re training and it hurts, that’s when you’ve really started training.

Either a jalfrezi or rogan josh from Bombay Nights in Nottingham.

When I met [grime artist] Dread One. I recognised him by his voice.

When my grandma passed away before I turned professional. She was a real inspiration to me and had always encouraged me to become a pro.

Be genuine and be yourself.

That I’m mean and selfish.

Something not many people know about you:

I produced my own CDs and sold them for £10 under my [grime artist] stage name, Kriptik, promising free personal delivery. I booked a coach and travelled all over the country delivering them. I turned a bad thing good, as I was living in a YMCA at the time.