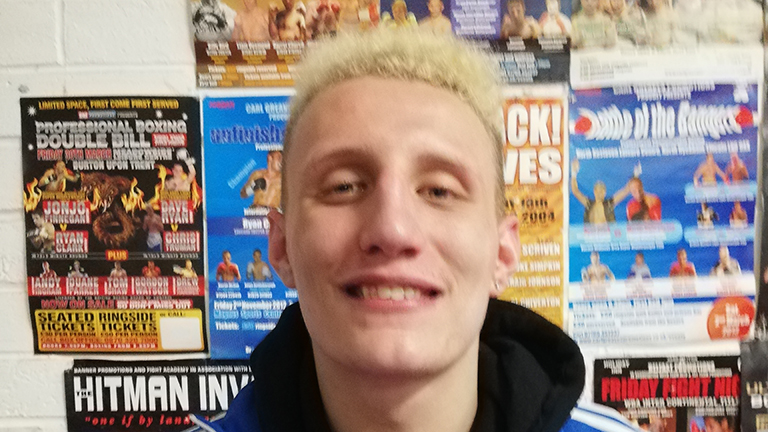 David Wainwright talks to Oly Marple, a man who appreciates a lairy streak

I was 17 when I started. I’d played football and rugby to a decent standard, but I wanted to do something on my own where I didn’t rely on other people, so I gave boxing a go.

Thomas Hearns because of his style and especially his lairy streak.

The first Diego Corrales-Jose Luis Castillo fight in May 2005.

My opponent at the King Power, Raimonds Sniedze [w pts 4]. He took my best shots and just kept coming at me.

My best is my fitness and my worst is my lack of experience.

Keep your hands up.

I like going for a steak at Miller & Carter Steakhouse.

My manager and trainer, Carl Greaves, plus all of my gym-mates at Carl Greaves Boxing Academy in Newark.

Usain Bolt. To be the fastest man on the planet would be really cool.

The Karl Pilkington TV show, An Idiot Abroad. I fell asleep watching it.

Snoop Dogg because he’s a bit of a joker but serious at the same time.

I don’t think I have.

After my first loss as an amateur. It was about four years ago against Ezra Taylor. I was gutted as I’d always thought I was going to beat everybody.

I’ve not heard anything.

Something not many people know about you:

When I was about 10 or 11, I got to the Flintshire County Championship finals in chess. Flintshire was where I grew up. I don’t know how I did so well as I’m not even that good at chess!