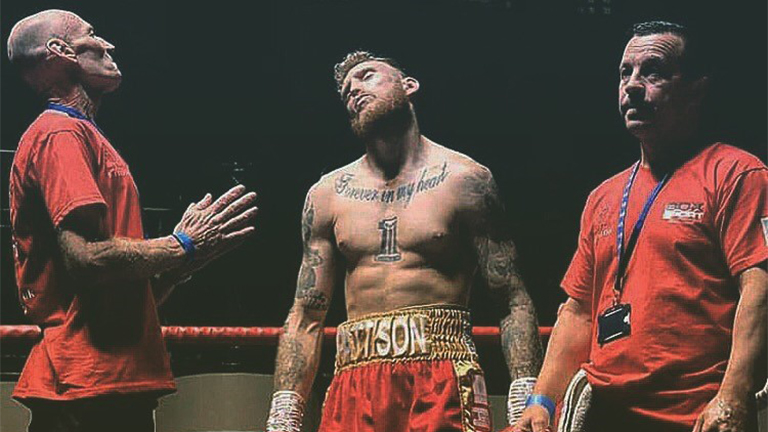 Boxing brought Ollie Pattison out of his shell. He speaks to John Dennen

When and why you started boxing:
I started properly when I was eight. My dad showed me how to box in the backgarden. I was a bit of a shy kid so maybe I thought boxing might bring me out my shell a little bit.

Favourite all-time fighter:
It’s a hard one. I’ve got two, Andre Ward and Tommy Hearns. Two very different fighters. Tommy Hearns was first [for me] but over the years I’ve loved the way Andre Ward is in and outside the ring.

Best fight you’ve seen:
One of my favourites is Hagler-Hearns.

Personal career highlight:
I enjoyed when I went to Vegas in 2010 for the second time. I won out there against a tough Mexican opponent. That was that was a good moment. That was a Finchley trip, [Anthony] Joshua went as well.

Toughest opponent:
Probably as an amateur Cheavon Clarke in the Haringey Box Cup final. He was a big lad for the weight. I boxed really well against him but I ended up losing a majority points decision.

It was a great learning fight, he was not only quick but strong as well.

Best and worst attributes as a boxer:
Best I’d say is my boxing brain and not getting hit much. Worst, I don’t know. I’m not going to give that one away.

Training tip:
Just work hard and believe in yourself.

Other sportsman you would like to be:
I reckon Beckham in his prime.

Last film/TV show you saw:
Chernobyl. It was good.

Who would play you in a film of your life:
I’d say I’d want Tom Hardy

Have you ever been starstruck:
No, not yet.

Last time you cried:
Probably the last time I cried was when my little girl was born, three years ago, happy tears.

Best advice received:
Not to worry about what anyone else thinks, just keep believing in yourself, working hard and hard work pays off in the end.

Worst rumour about yourself:
I don’t think there is, not that I know of anyway.

Something not many people know about you:
I have my own gym, Box Sport London in Barnet.