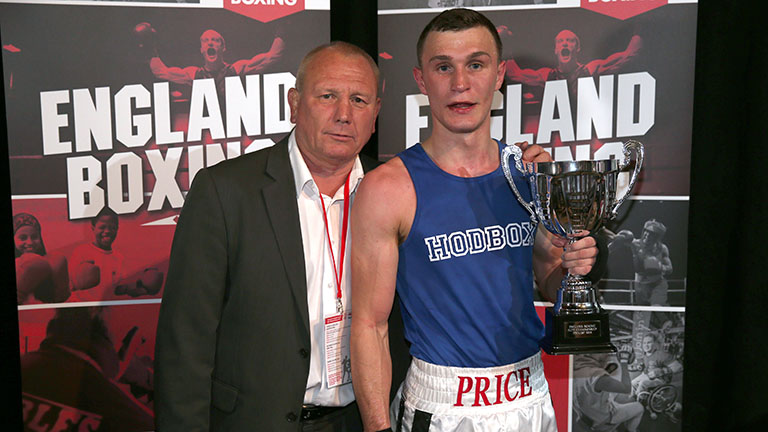 I started boxing at about six years old because my two older brothers [Danny and Alan Price] were in the sport already. Before I’d even started they were national champions and England reps.

Marvin Hagler, Thomas Hearns, Canelo Alvarez, Floyd Mayweather and Manny Pacquiao are all up there for me.

I have a few favourites, but Graham Earl against Michael Katsidis probably tops the list. I remember watching it on TV.

Winning seven national titles [pictured] and representing my country as an amateur. Joining Team GB was a massive achievement, too.

I have very quick hands, so I can get a lot of combos off. My weakness is that I like to get involved in a firefight sometimes. I should just stick to my boxing, but I lose my head a bit.

It can be tough, but if you keep your head down and train hard then you’ll achieve your goals.

I love a Nando’s. It’s always my first meal after a weigh-in.

My best friends are my team and the people I have in camp with me. The lads you see in the gym everyday become like family to you.

Definitely a golfer. It’s an absolute no-brainer! You can travel the world, play golf in the sun and get paid for it.

Rocky III. It’s a great movie. Whenever I watch the Rocky films they really motivate me and give me a buzz to be a fighter.

I haven’t been yet. Who knows, it could happen one day!

The day my daughter was born.

If you keep your head down and stick to your goals then you’ll get to the top.

I haven’t heard any to be fair. Not yet anyway!