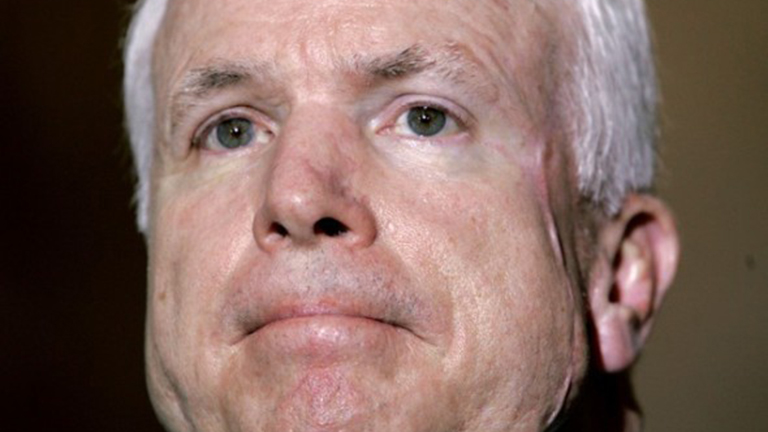 Why boxing owes John McCain a debt of gratitude

IT was sad to read of the death of Senator John McCain. He was a genuine war hero and twice a Presidential candidate but, for me, his most relevant influence was through his work to clean up boxing.

His part in the Muhammad Ali Boxing Reform Act, which had a huge impact on the sport in the USA, should not be underestimated.  The stated purpose of the Act was, “protecting boxers from exploitation, sanctioning organisation integrity reforms, and requiring public interest disclosures to state boxing commissions… to remedy many of the anti-competitive, oppressive, and unethical business practices which have cheated professional boxers and denied the public the benefits of a truly honest and legitimate sport.”

The impetus for the whole process that resulted in the Ali Act can be said to have been an IBF title fight back in 1992. The then-IBF middleweight champion James Toney won a split decision over Dave Tiberi in Atlantic City. It was seen by many as a disgraceful robbery. His local Senator instituted an investigation and the testaments given sparked John McCain’s decision to push for changes in how boxing was run in the USA, and particularly the promoter/boxer relationship and the influence of sanctioning bodies.

I had a minor role in that. I had a number of phone calls from a researcher working for the Senator asking me how the “slave” contracts between Don King and his fighters worked and on how the “options” system worked. I explained that, under the contracts King put in place, there was a clause that said, ‘as long as the boxer was in the world ratings then his contract with King would be automatically renewed.’ That effectively meant that for the whole of a fighter’s peak years he could not fight for any other promoter than Don King without King’s permission.

I remember an instance during my time with the WBC ratings committee when we took out a prominent King-promoted African boxer on the basis of his inactivity, which would have made him a free agent. However, when I presented the ratings to the Convention, King’s influence was sufficient for the rating to be overturned and the fighter returned to the ratings and therefore remained under King’s control.

I explained that it was customary for the promoter of the world champion to insist on options on the services of the challenger so that if the challenger won, then he was under contract to fight only for that promoter unless the promoter decided to sell some or all of the options to another promoter.

The usual number of options was three, sometimes less, sometimes more. In addition, the purse for each option was an integral part of the option and those purses were inevitably below market value. As an example, a champion might get $100,000 for the title defence and the challenger $50,000. If the challenger won, the price included in his option  – instead of $100,000 – could tie him to receiving $50,000 for each of his three title defences. If the promoter had no market for the new champion then he could sell the options to promoters who could.

A typical example was when Charlie Magri unexpectedly lost his WBC flyweight title to Frank Cedeno in his first defence. The British promoter had no way of making money out of his options on the Filipino but a Japanese promoter was anxious to get his fighter Koji Kobayashi a shot at the WBC title so he bought Cedeno’s options from the British promoter.

Naturally there was some watering down of the proposed Act before it was passed but it remains an important milestone in the way boxing is administered in the USA, and had a ripple effect that led to other countries reviewing their own processes and procedures.

The Ali Act was only a small part of the work Senator McCain did in his time in government but boxing owes him a great debt of gratitude. RIP Senator John McCain.

Brown won his first 23 fights before losing to Harry Arroyo for the IBF lightweight title in 1984. His career really faded downhill from there but he scored wins over Alfredo Escalera, the 25-0-1 Frank Newton and the 18-0 Louis Burke on his way to the title shot. He also fought Harold Brazier, Saoul Mamby, Greg Haugen, Johnny Bizzarro and Ralph “Tiger” Jones.

After more than 60 amateur fights in Salim’s first pro fight in June 1958 his opponent Santos Galvan suffered an injury and died after the contest. Despite that Salim continued his career and went 27-0-2 including winning the Argentinian middleweight title. In his first fight in the USA he outpointed Ted Wright and also scored a win over Joey Giambra but lost to the wonderfully named Yama Bahama, Wilbert McClure, Joey Archer and Ruben Carter.