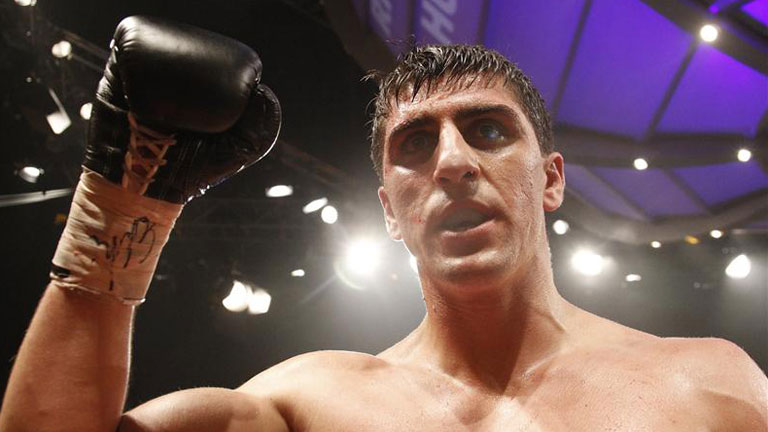 Marco Huck may be 2-0-1 up in his ‘rivalry’ with Ola Afolabi, but that’s not stopping them meeting for a fourth time. The cruiserweights will go at it in a relative crossroads fight on Saturday night [February 27] at the Gerry Weber Stadium in Halle, Germany.

Huck has twice outpointed the London-born Afolabi and they drew in 2012. All were close fights and they were all exciting clashes – enough to warrant their next bout. The circumstances are significantly different this time around though.

Each time they fought each other in the past, Huck was defending the WBO world cruiserweight title he held for six years. In his last outing, Huck relinquished his belt to Krzysztof Glowacki when the plucky Pole rose from the canvas to stop the champion inside 11 rounds in what was a big upset.

Conversely, Afolabi is coming off an upset win of his own. In November he travelled to Russia to face local favourite Rakhim Chakhiev. Behind on the cards, Ola unleashed a hellacious two-fisted assault in the fifth to leave Chakhiev prostrate.

The win was a shot in the arm for the 35-year-old’s career and his fight with Huck on Saturday is an obvious opportunity to get some real momentum behind him in what would likely be a final path to a world title shot.

For Huck, going over old ground allows him to try and get his career back on track by facing a man he is surely confident of beating, having done it twice already. A loss could potentially set him back too far and remove him from the world scene altogether.

Prior to his fight with Glowacki, Huck had made some backroom changes with his team and had split with long-term trainer Ulli Wegner, replacing him with Conni Mittermeier. Last week he parted ways with Mittermeier and now 32-year-old Varol Vekiloglu will be the man in his corner.

How Huck reacts to his first loss in three-and-a-half years will be crucial to this fight, though the Serbian has bounced back from defeat twice before after a stoppage loss to Steve Cunningham in 2007 and a decision reverse to Alexander Povetkin at heavyweight in 2012.

The swarming Huck does his best work on the inside and when he was able to make Afolabi to the ropes in their previous meetings, he found himself in control. With a lot on the line, he is likely to be able to do the same this time around and earn another decision on the cards.

Braekhus was originally scheduled to appear on the Wladimir Klitschko-Tyson Fury undercard, but instead will end a 15 month hiatus on this show against the former world super-lightweight title challenger.

Namus was outpointed by Fernanda Soledad Alegre in both 2011 and 2012 while challenging for the WBO bauble but has picked up five consecutive wins since. Braekhus, unbeaten in 27, outpointed Jennifer Retzke in her last outing in November 2014. Expect her to do the same against Namus.