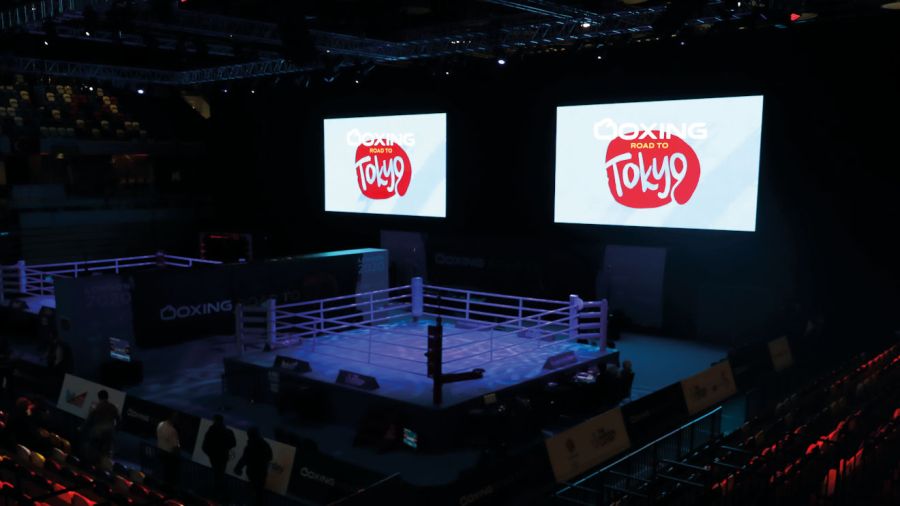 2020 has been an unprecedented year for amateur boxing. John Dennen speaks to GB performance director Rob McCracken and more about the impact of the last 12 months

AMATEUR boxing has never experienced a year like 2020. The coronavirus pandemic shut down the amateur sport. It ended club shows and domestic championships. The Olympic Games was expected to dominate this year. Instead Tokyo 2020 has moved to 2021. Two continental qualification events were completed, one was shut down three days into the tournament and the rest still need to be finished.

It wouldn’t be fair to select boxers of the year when amateur competition was so drastically restricted. But honourable mentions should go to Great Britain’s Galal Yafai and Peter McGrail. They secured qualifying places for the Tokyo Games under tremendous pressure mere hours before the European qualifier in London had to be suspended. With so much on the line both boxed well and Yafai secured a notable win over Russia’s heavy-handed Rasul Saliev to become a two-time Olympian.

For the rest of the team their tournament had barely begun. The cancellation came just the day before Luke McCormack would have boxed for his Olympic place. “It was horrible,” Luke said. “I just wanted to get the fight on. I got a bronze at the European Games, I got a silver at the European championships, I feel like that was my time to get the gold at London at the qualifier.”

“I was confident of winning the full thing,” he continued. “That’s why I trained so hard for it, for the Olympics, it’s the last hurdle.”

This disappointment was followed by the news that for the first time the Olympic Games would be postponed a year.

GB performance director Rob McCracken had to keep the squad together. “It was tough for some. Some have been here for six, seven, eight years. 10 years one of them,” he said. “Most of them hadn’t even boxed in the qualifier.

“I think the team’s worked well with them. Me and the coaches have had good conversations with them, very positive. It’s an extra year they’ve got to wait, which isn’t great but they can be better. They can be a better prepared boxer going to Tokyo a year later than they might have been going this year.”

“It’s tough for them,” he continued. “When you’ve been around and you’ve been to a million tournaments and the Olympics is just taken further away from you. They’ve got good mindsets and they understand what they can achieve and what it can create for them, for the men and women. That’s why I believe they’ve all stayed on. They enjoy it, it’s a great experience for them as well.

At first the English Institute of Sport had to close but when elite sport was permitted to return, the GB Boxing programme could begin to come back. “It was a great job by our medical team getting us back up and running, one of the first Olympic sport’s to come back in. The organisation was excellent. The support was good and we were able to bring the boxers back in,” McCracken said. “It’s an ongoing task and it’s not easy, it’s daily and it’s hourly really but we’ve got good people in Sheffield that will do the best to support and protect everybody there.

“Certainly in Sheffield the boxers and the staff have been great with the social distancing, the discipline of it all. They took it all in their stride really. You’ve got to find positives in things and the positives are our boxers, when it got called off the Olympic qualifier, it gives them another year to develop.”

“It normally takes a bit of time to adapt and be successful against the top,” he explains. “You have to be confident. It’s elite boxing. It’s tough. Hopefully we can instil confidence in them. But there’s a group of people there that will support them, give them every chance to develop and learn how to be a successful Olympic boxer and achieve for themselves, their families and the programme. The support is all there for them. If you’re good and you get an opportunity at GB Boxing and you’re serious and you work hard, then Anthony Joshua shows the world’s your oyster. You’ve had numerous ones go on and become genuine world champions in the pros. They’ve spent four, five, six, seven years at GB Boxing, learning their trade, boxing Kazakhs, Uzbeks, Russians, Cubans, and they’re not phased then when they do eventually go to an Olympic Games or a Worlds or a Europeans and as they move on into the pros, they’re not phased. They’ve been developed well and at the right pace and it’s got them to where they get then, which is being very successful. But it’s a learning experience at GB Boxing. You have to believe in yourself and you have to believe in what’s being offered to you and the advice being given to you at GB from vastly experienced coaches and support staff.”

Lauren Price, the European and World middleweight champion, was set to shine at the London qualifier. But she exemplifies that attitude of seeking out any advantages in their situation and looking to improve. “I told myself I need to work on the things I’m not so good at and improve that way. In my head I tried to stay positive and turn the negatives into positives,” the Welsh star said. “It’s been my dream for so long. Tokyo’s the only thing I’m really concentrating on so far and obviously the qualifiers. I’m just glad we’ve been given a date for them and I’m just really over the moon that the Olympics are back on to be honest with you. That’s the biggest thing for me.

“I always had faith that it would happen, because there’s too much involved I suppose.”

The European qualifier has been rescheduled for April 22-26 at the Copper Box in London. The Olympic squad had two international camps, with gym bouts, before the close of 2020 and is scheduled to compete in February to prepare themselves. “Gym bouts are really good. They’re not fights but they’re not far off with the countries that we work with. They’ve kept the boxers on their toes, learning stuff as well, different styles as well, that’s important. Going into Christmas the squad’s in a really decent position. And then it’s crucial there’s competition and training camps between now and the qualifiers in 2021 to prepare the boxers best,” McCracken said. “Certainly it is crucial for not just us but all Olympic boxing teams that between January and February there’s training camps and there’s competitions on the calendar. That then creates a level playing field and gives everyone an equal chance at being successful and that’s what we’ll be looking to do.”

Having these fixed dates to train for makes a tremendous difference. “I’m just happy I’ve got a date now. Something to focus on. I think that’s the biggest thing. When you haven’t got no dates for tournaments and that, it’s so hard being an elite athlete training three times a day. Training for qualifiers and Olympics, it lifts you, you’re driven. When you’re just training and you haven’t got no dates, it’s very hard to motivate yourself,” Lauren Price said. “I’m still world number one… I’ve just took it as a positive. It’s given me extra time to work on little things. In my own head switched on and I know when the qualifiers do come round I’ll be more than ready.”

“We’ve got a date for qualifiers, it boosted everyone back up,” she adds. “It’s done our bodies good as well to have rest and refresh the brain as well to go again. It’s made us a lot hungrier to win.”

It’s welcome that international boxing has been brought back. But for the sport in this country all amateur boxers who aren’t on GB find themselves in a position where their training is constrained, limited without sparring and padwork and with no competition to train for.

“Unfortunately it’s an indoor sport and it’s close contact. There’s not a lot you can do about it but that’s the main thing, getting the actual contact back and getting the competitions up and running and having something to aim for,” Graeme Rutherford, head coach at Birtley said. “Because at the minute you’re just soullessly ambling along from one month to the next wondering what’s going to happen, when it’s going to happen, is it going to improve, is it going to get any better?”

The financial impact on the domestic sport is massive, but so too is the current suspension of contact training. “I think more than anything what everybody’s missing is that contact. That nitty gritty of the contact,” Rutherford said. “It’s that one on one, physical contact, pitting yourself against somebody else and seeing who’s better or trying to work with each other and trying to learn.

“[That’s] what sets boxing apart and I think that’s what’s missing and it’s not going to be the same until you get that back.”

Yet despite the extraordinary challenges clubs are facing, many are still performing remarkable services to their communities, especially so over the Christmas period. In Boxing News we will continue to highlight the work these clubs and their volunteers are doing as the sport strives to get back on its feet in 2021.