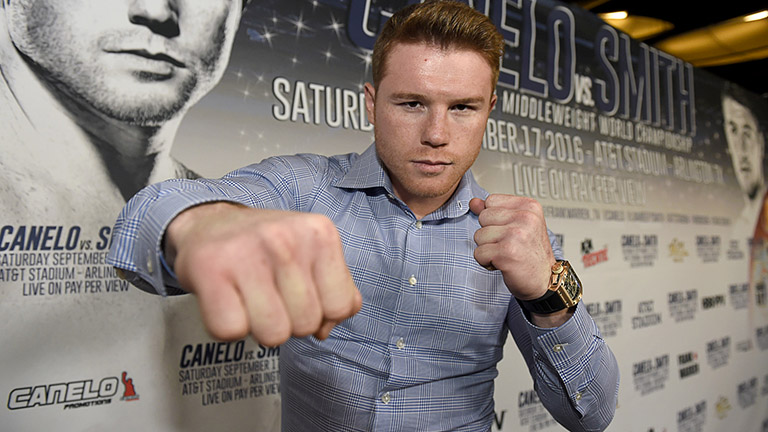 The essential companion to the sport, the Boxing News Annual is out soon

THE 2017 Boxing News Annual is available to pre-order now. Rather than create a mere memento of the boxing season gone by, we’ve tried to do something a little different with this year’s Annual. As boxing fans, you know a lot already. You will have digested so much information over the last 12 months that you’re almost full to the brim. And 2016 – while far from a disaster – is unlikely to go down in history as a stellar period. Never fear because, while there’s plenty here to remind you about the highs and lows of a bizarre season, you will – we hope – learn so much more. And that is the aim of Boxing News in today’s age of media saturation, to take you on a journey of discovery every single week. To tell you stories that you have never heard before, or had long forgotten, while always delivering what we believe to be the most trustworthy, unbiased analysis in the industry. And of course, thanks to our website which is updated 24 hours a day, we’re still the most prolific boxing news source out there, just like we’ve always been. Well, since 1909 at least.

Whatever is your drink of choice – be it tea, coffee, whisky or beer – make sure you have a large one at hand and get yourself comfortable. You’re also going to need some time and space to get the most out of the experience we have created for you, so turn off the television, put the laptop to one side, and forget about the world for a while.

We get into the heads of the biggest names in boxing by asking them some weird and wonderful questions that were posed by you, the weird and wonderful Boxing News readers. Ricky Hatton may or may not convince you with his reasons for not fighting Junior Witter; Sugar Ray Leonard opens up about the dark days of his career while joyously reminiscing about his most savage rivalries; Anthony Joshua offers fascinating insight into his relationship with Eddie Hearn while nonchalantly dismissing any suggestion he got lucky in the 2012 Olympics; Tony Bellew’s true feelings for David Haye are not what you might expect; Amir Khan reveals a surprising regret; and Carl Frampton tells all about the booze-fuelled New York party that followed his brilliant win over Leo Santa Cruz.

And that’s just for starters. The legendary Muhammad Ali passed away in June this year, and with his death, all sorts of stories were told. We attempt to filter the facts from the fiction by investigating 15 of his myths and legends. We were in the thick of it in Rio where bad decisions threatened to stink out the entire Olympic Games, and we had incredible access at one of the biggest fights of the year: How do you fill the final two hours before stepping in the ring with Canelo Alvarez? We’ll tell you. Intrigued to hear what the inspirational Nick Blackwell’s first thoughts and words were after he woke from his coma? Find out here.

And that’s not all. We join Floyd Mayweather on his London tour; review the merits of Manny Pacquiao’s long career; present the incredible story of one of the most underappreciated legends of the game; hear from the original “Golden Boy”, and tell heartwarming tales aplenty.