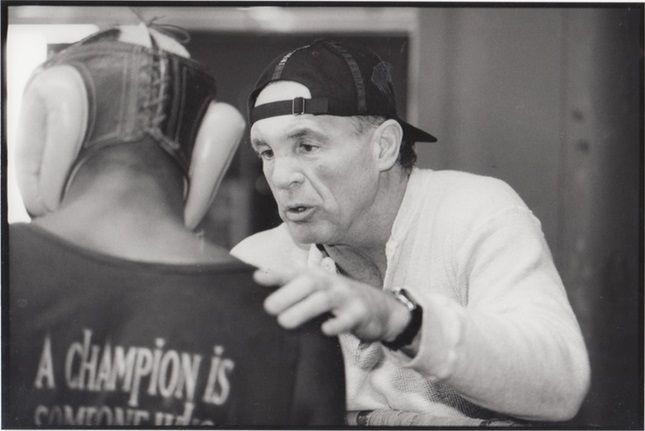 A BOXING documentary which has been 20 years in the making is looking for funding in order to finally come to completion.

Award-winning filmmaker Gaylen Ross has launched a Kickstarter campaign in an attempt to raise the $40,000 needed to get the reels of film digitally transferred and ready for distribution.

Much of TitleShot was filmed at New York’s world-famous Gleason’s Gym during a very exciting era when the place was filled with world champions and contenders.

In some of the footage, Nyakana is seen sparring with then up-and-coming Shane Mosley (as Shane’s father/trainer looks on) or getting pre-fight advice from legendary featherweight Kevin Kelley and his wife.

The film travels with Nyakana from fight to fight – the preludes, the fights themselves and their climatic outcome.

A former Commonwealth Games gold medallist, he travels three hours on the subway each day from a tiny basement apartment in the East Bronx to Gleason’s.

The documentary footage – all 16mm film negative – has been in storage for 20 years due to certain complications hindering its production but now Ross and her team are attempting to finally finish their task.

“I did films on Russian mail-order brides, Stock market fraud, Swiss banks and the Holocaust accounts, and Killing Kasztner, the story of the Hungarian Jew who negotiated with Eichmann, among other films,” Ross said.

“But at the back of my mind was this incredible boxing story that was waiting for me. Now with Kickstarter we hope to get this gorgeous film footage out of the vaults and for everyone to see!”

You can view and contribute to the Kickstarter page here.