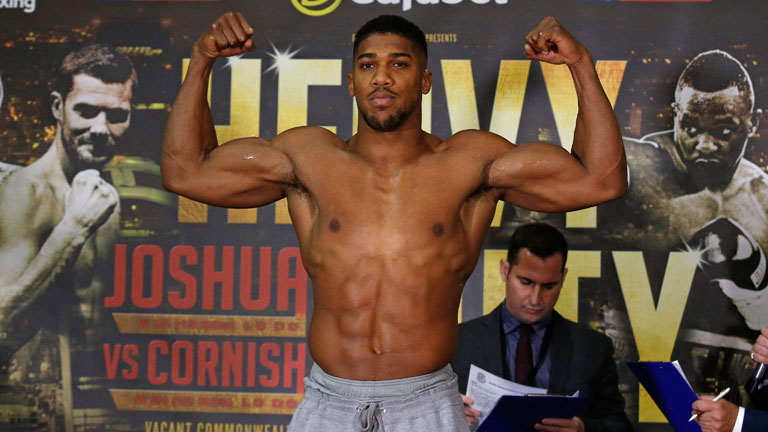 ANTHONY JOSHUA is expected to knock out all of his opponents in 2016, and they could include comebacking David Haye and WBC heavyweight champion Deontay Wilder, according to Betway. They offer odds of 1-2 on Joshua halting all of his rivals inside schedule and 2-1 that he sees off Haye or Wilder in the coming year.

The bookmakers also offer generous rather short 33-1 odds on the long-retired Lennox Lewis returning to action to take on the undefeated slugger. A meteorite falling from the sky and landing on Joshua seems a more likely collision to Boxing News, though.

The unbeaten star’s record improved to 15-0 (15) with his December slaying of Dillian Whyte for the British and Commonwealth titles, and while a shot at European champion Robert Helenius has been reported, Joshua could soon find himself as the mandatory challenger to Wilder’s world title.

In other bets, new king Tyson Fury is 6-4 to remain undefeated in 2016, with returns for recently retired supremos Floyd Mayweather and Carl Froch priced at 2-1 each.