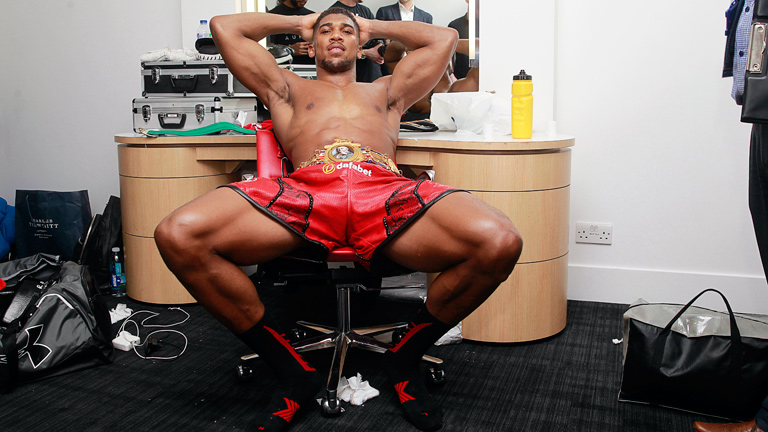 ANTHONY JOSHUA received a sterner test then I thought he would from Dillian Whyte but it can only be to his advantage.

I did wonder if he was taking Dillian seriously enough, as he was very relaxed, and could be seen shaking hands and smiling with the supporters as he walked to the ring. I would have expected him to be a bit more focused. He had a great first round, but then we had the bit of afters where both threw punches after the bell. It seemed to upset his rhythm for a couple of rounds – in fact he was shaken down to his boots in the second – but then he got back into his stride.

He seemed to run short of steam in about round five, but again got a second wind and was back to the job of slowly breaking Dillian up with a smart array of punches, although not having it all his own way. Joshua needs to carry his hands higher to protect that chin as he had to take some hard shots himself. The extra rounds and his toughest opposition yet brought us all down to earth about his ability, and it has made one realise he is still in his apprenticeship. It made me wonder if he does truly have a one punch knockout power, although Dillian was one tough cookie and deserves a lot of credit; he too can take a lot out of this fight and go a lot further with his career and the help of trainer Johnathon Banks.

I am sure the heavyweight encounter was great television viewing but felt Joshua let himself down at the end of the fight when referee Howard Foster tried telling him to curtail his celebrations while was attended to by the medical team, and seemed to elbow Howard out of the way and it took British Boxing Board of Control General Secretary Robert Smith to intervene and lay down some ground rules before he calmed down. I hope this is not the true Anthony Joshua surfacing as it would spoil the aura he has created, and that is perceived by the public.

For me the fight of the night was Chris Eubank Jnr and Spike O’Sullivan, and I started to wonder if Jnr has the same punch power as his dad had. I don’t think so, but what I will say is that he is just as exciting to watch – in fact probably a bit more so as he seems to have that gung-ho attitude that thrills the crowds, and a granite chin to go with it. It takes two to tango and Spike was a more than a willing partner but was matched in every department and some more. There was no feeling out process for a round or two, it was straight down to business and as with Joshua, Eubanks set about breaking Spike up, which he did with the deftness of a surgeon. In the end, Spike gave his all but it wasn’t enough.

I was more than interested to see how Tony Bellew progressed against the good Polish cruiserweight Mateusz Masternak. I was in the Ukraine at the weekend to act as a judge to the former Olympic champion Oleksandr Usyk, I refereed him in his last fight and was impressed by his ability in the pro ranks. If Tony Bellew is wanting some decent opposition, I think the unbeaten Usyk would be a good yardstick to measure how far away are how close both of them are to being world class.

BELLEW: USYK IS No.1