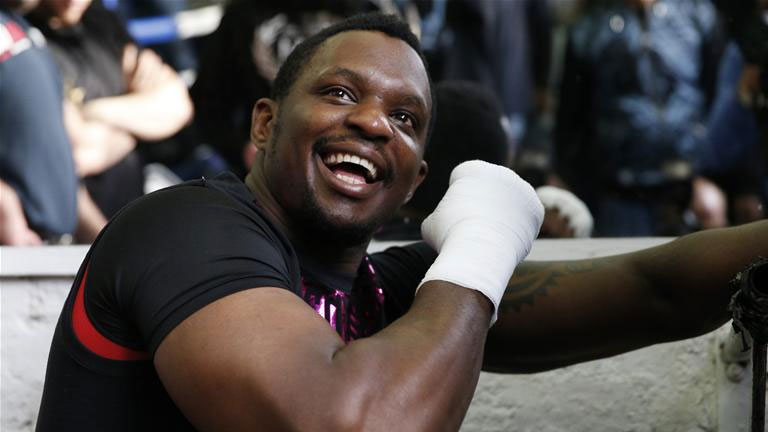 The words that sparked a rivalry which, six years on, leads Dillian Whyte and Anthony Joshua to a British heavyweight title fight at the O2 arena on Saturday (December 12). It’s an unexpected outcome, given that when Dillian was speaking in 2009 his coach was looking for an opponent for him on their club show at an early stage of his amateur career. A new super-heavyweight from London, who’d won his first two contests, was willing to take the bout.

Whyte recalled, “They said there’s this kid from Finchley, but he’s dangerous. Obviously he’s knocked everybody about etc. etc. I said I don’t really care. I’ll fight him anyway. My coach he said we’d find somebody else. We looked, we looked and there was nobody else. We said alright we’ll take the fight. We took the fight, went in there, me and Anthony had a fight, we never had a boxing match, we had a fight and I won.”

It was as simple as that. Except it was Anthony Joshua’s third amateur contest. Three years later Joshua won an Olympic gold medal. A year after that he turned professional, to great acclaim, and has since chalked up 14 knockout wins. He is the hottest prospect in boxing. And Dillian Whyte wants his place.

“You want to take what they have. It’s not hate or anything like that. It’s just that this man’s in my way. I need to get to that level and get beyond that level. My drive is just to get past him,” said Whyte. “It’s not resentment or anger or hate.

“Everybody aspires to be greater and do better things.”

But bitterness has marked their public appearances. While Joshua went on to Olympic glory, Whyte’s amateur career soon came to an end. Once his background as a kickboxer emerged, Dillian was suspended from the unpaid code.

“How many boxers have gone into amateur boxing that’s done kickboxing? Loads,” he laments to this day. “Ever since I got into boxing, I’ve had ups and downs but I’m a strong person mentally and physically. I’ve had so many ups and downs in boxing, people saying you’re not going to make it, suspension [as pro he tested positive for a banned substance], my [amateur] card being pulled, forced to turn professional after six or seven fights.

“For me I just accepted that as long as I’m in boxing, I’m going to have a hard tough career. I just need to be strong and keep pushing forward.”

“Years later I found my dad and my granddad actually boxed bareknuckles and didn’t tell me. They didn’t want me to box.”

But boxing and kickboxing took Whyte away from another life. “A lot people that I grew up with are either dead or in prison or strung out on drugs or something though. A lot of friends I grew up with are either dead or doing life sentences for murder and stuff like that. I’m just grateful that I got into kickboxing to keep myself out of trouble. From there I went into boxing to actually learn how to box better because my hands were terrible,” he said. “We started training and the guy saw my potential.”

Now he’s training with Wladimir Klitschko’s coach, Johnathon Banks. Whyte is convinced he is developing the tools to cope with Joshua. “I’m a growing man now, I’m 27 years old now. I’m not a kid any more and I realise that at this level emotion only counts for so much. For me I need to hold it together,” Dillian said. “I’m going to go and do what I do. If a fight breaks out a fight breaks out. But I need to be smart and box when I need to box and fight when I need to fight. I’m not going to go out and start trying to fight him and start trying to knock him out in the first round. But hey, if the opening is there I will go and do it.”

He’s never lost, amateur or pro, and in the final days before the fight, confidence radiates from Whyte. “I believe in myself,” Dillian declares. “If you don’t believe in yourself 100 percent, then you might as well pack it up.

“I’ve been fighting for a long time. I haven’t been beaten up by anybody or been outgunned or dominated by anybody in life as well as in the ring. So I’m not going to let one guy, because everybody’s hyping him or because he’s muscular, he’s knocked everybody out, come and dominate me. No way. No way. It’s never going to happen.”