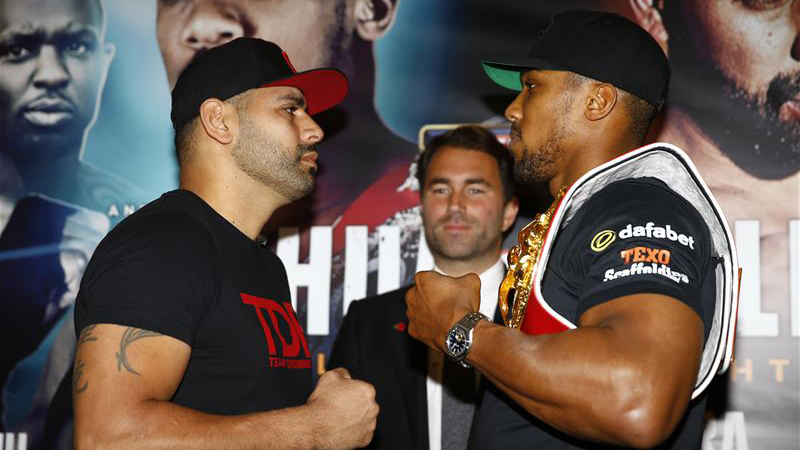 Demand for Anthony Joshua tickets is a sign of the interest in the IBF heavyweight champion, writes John Dennen

IT isn’t the fight the world was waiting for, Wladimir Klitschko versus Anthony Joshua will have to wait for another day (in fact another day next year), but the demand for Anthony Joshua tickets is such that his December 10 IBF title defence against Eric Molina has sold 17,000 in their first day of availability.

Pondering whether delaying the Klitschko fight would be better in the long run, Joshua said, “Everybody loves the build up but unfortunately not a lot of people know who Molina is on a broader scale but I think it’s a good fight. What we have to go off is his latest performances – one was [Deontay] Wilder. What has Wilder had now? 30-something fights and this is my 18th fight. He put up a good performance against Wilder. Look at Wilder’s 18th fight, he would have never fought Eric Molina.

“He beat Adamek, who isn’t a fully-fledged heavyweight but he had never been put on his back. It’s more of a good learning fight, an experience fight but anything can happen in this division.”

Joshua hopes to control Molina in more comprehensive fashion than Wilder did. Deontay, the WBC heavyweight champion, did ultimately halt Eric, although he had a few problems along the way. “I think I’ll do it in easier fashion. They say they’re going to come and it’s going to be the toughest fight of my life, and if that’s their mentality, I’ll reverse it and think ‘I’ll make it look easier’. I’ll make you look like s***. What does that say about me? Even if I took him 12 rounds but I played with him, that should say that I have a better skill-set. If I knock him out early, it just says I have better punching power. Either way, as long as I win, in a good fashion, I think I can tick a good box there,” Anthony said. “Yes [the target is to win more impressively than Wilder]. Not necessarily, but because it’s America, Wilder, in a way it would be good. But I don’t want to focus the win on Wilder’s performance; it’s about mine. I don’t want to make it a comparison-type of fight.”

Joshua continued, “It’s interesting because this time last year we were getting ready for the British title fight against Dillian [Whyte] and so much has happened in the past 12 months. But then again, if you ask me if I’m ready for a big fight like Klitschko or Fury 12 months ago, what was I telling you? Give me 12 months. We are here now. That’s why we signed to fight Klitschko.

“I don’t talk from a script I talk from the heart. Unfortunately that big fight didn’t go through so I just have to be a bit more patient and focus on what’s in front of me.”

Click here to find out where to buy Anthony Joshua tickets