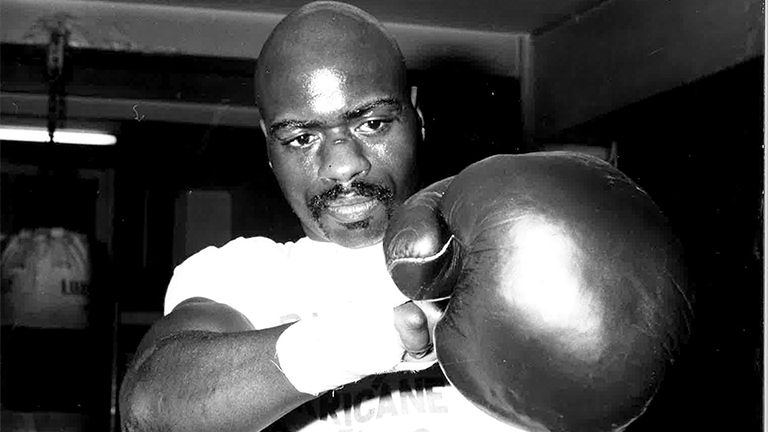 Frankie Toledo, featured in this week's issue, was their first world champion but there have been plenty of fighters seasoned on the streets of Paterson

Famously sent to prison for a crime he didn’t commit, Carter lost 19 years of his life and, like Bob Dylan suggested in the song ‘Hurricane’, could have been the champion of the world. His one title shot came against Joey Giardello in 1964 and ended in defeat.

Holt went by the name ‘Rated R’ and utilised power and quick hands to dirty the undefeated records of David Diaz, Isaac Hlatshwayo and Demetrius Hopkins. In 2008, he knocked out Ricardo Torres inside a round to become WBO super-lightweight champion.

A livewire at super-middleweight and light-heavyweight, Sheika beat Glen Johnson and Simon Brown before challenging Joe Calzaghe for his WBO title in 2000. He lost that fight and future title shots against Eric Lucas, Jeff Lacy and Markus Beyer.

Cavalier was once called the “cleverest heavyweight in the world” by Gene Tunney and spent 14 years as a light-heavyweight and heavyweight contender. He won 44 of 53 pro fights and was the first man to defeat ‘The Cinderella Man’ Jim Braddock in 1927.

Martinez won 69 of his 77 pro fights and defeated Gil Turner for the right to fight for the world welterweight title in 1958. When his shot arrived, however, Martinez was stopped inside four rounds by Virgil Akins.

Jones, a light-heavyweight contender, won USBA and NABA titles and boxed the likes of Montell Griffin, Eric Harding and Glen Johnson. Unfortunately, he will be best remembered for his tragic New York fight against Beethaeven Scottland in 2001.

Known as ‘Troubleman’, Harris was a lightweight in the seventies and eighties who went on to defeat James Martinez to lift the USBA title in ’81.

A touted prospect for four or five years, Crawford in the end couldn’t fulfil his potential. He stayed unbeaten for 23 pro fights but then suffered a couple of ninth-round stoppage defeats before calling it a day in 2011.