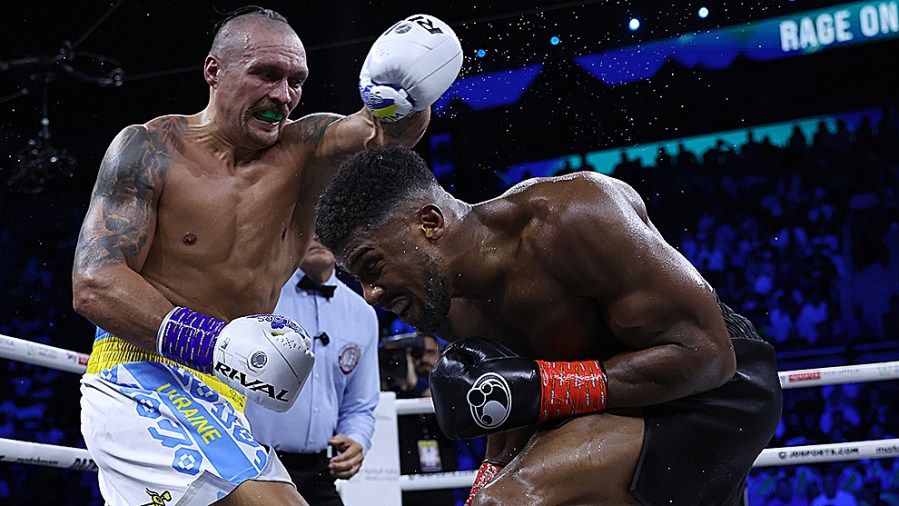 Many were concerned Usyk’s heavyweight career would flatter to deceive due to him being a cruiserweight moving up, but he once again showed he is both big enough and good enough to cut larger men down to size.

While it proved to be a more competitive and interesting fight than the pair’s first, making a case for Joshua actually beating Usyk on Saturday night shows a complete lack of understanding and ability to read a fight.

3 Body shots were the answer

He didn’t throw enough of them, and couldn’t quite capitalise on the damage they caused, but Joshua’s decision to target Usyk’s body was a shrewd one – and nearly paid off in round nine.

Often Usyk would prod, poke and place his shots, scoring with them consistently, whereas Joshua, the bigger and heavier man, would instead load up on every shot he threw. This left Usyk fresh in the final rounds and Joshua exhausted.

For as good as his body shots were, there was a distinct lack of jabs from Joshua throughout the fight, a testament perhaps to the head movement and awkward southpaw style of Usyk.

Of all the unique tricks Usyk brings to the heavyweight division, there is no trick more mesmerising than his head movement and ability to change levels and angles. This confused Joshua throughout, never allowing him to either set or settle.

Even in moments when it looked like Joshua was landing or getting on top, never was Usyk flustered, never did he break character, and never did he appear in any real trouble.

9 Joshua was hurt and hurting

Lost in all the post-fight chat was the fact that from round 10 onwards Joshua was stiffening up, being rocked on his heels, and soon carrying all the tell-tale signs of a hurt and concussed fighter. His outburst, therefore, should have surprised nobody.

While all the talk was of Joshua and what he does next, it was interesting to hear Usyk state that the only fight that interests him going forward is one against Tyson Fury. Without that, he’s done, he said.