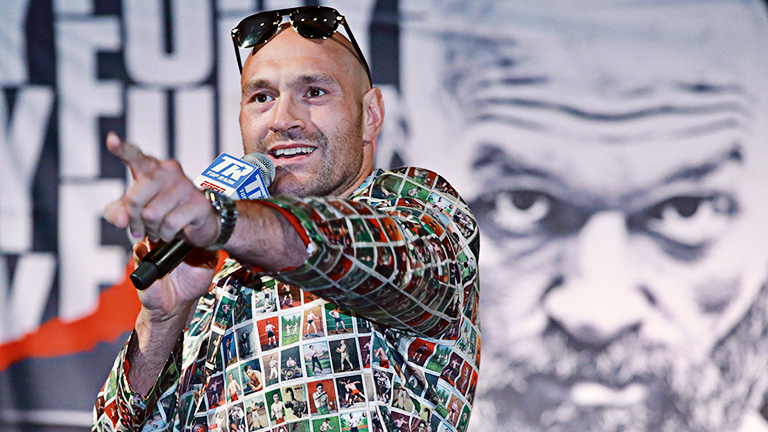 Promotional conflicts and mandatory challengers will be cited as obstacles, but forget all that. Tyson Fury and Anthony Joshua must fight now

1. It will crown a true number one

This should be the reason all fights take place, but it is especially important to have some clarity and sense of order at heavyweight. If they fight, the winner of Fury vs. Joshua will be the best heavyweight on the planet.

2. It will be the biggest boxing match to take place in our lifetime

Not only appealing to UK fans, a potential showdown between Fury and Joshua would also make a significant impression throughout the world. Thanks to their recent exposure stateside, the profiles of both have been enhanced considerably.

3. All things are now equal

Forget Joshua owning three belts (WBA, IBF and WBO) and Fury only one (WBC). Based on accomplishments, Fury’s victories over Wilder, a man Joshua never fought, and Klitschko, a man Joshua fought only when past his prime, trump anything on the Londoner’s record. It’s a 50-50 fight in every sense.

4. Both are in their prime

Last year was an up and down one for Joshua, 30, but it ended on a high note with revenge over Andy Ruiz Jnr. Thirty-one-year-old Fury, meanwhile, went through the motions against Tom Schwarz and Otto Wallin and then on Saturday showed he is at the peak of his powers in dismantling Deontay Wilder.

5. There is no interest in a rematch between Fury and Deontay Wilder

Given the one-sided nature of their second fight, the anticipation ahead of a potential Fury vs. Wilder III would be dramatically reduced to say the least. Now few would give Wilder even a puncher’s chance.

6. There is no interest in Joshua fighting Kubrat Pulev

Joshua vs. Pulev seems to have been on the cards for two years now and not once during that time has it sounded in the slightest bit appealing. Yes, Pulev is Joshua’s IBF mandatory challenger, but who really cares about belts these days?

7. Dillian Whyte should be made to wait

Whyte’s immediate reaction to Fury beating Wilder was to claim he is next in line to face the ‘Gypsy King’. But not so fast. Whyte’s recent troubles with UKAD, as well as a lacklustre showing against Mariusz Wach, will hardly have the boxing world begging to see him now challenge Fury.

8. Oleksandr Usyk should be made to wait

The Usyk at heavyweight experiment is all well and good, and it might even produce the best of the lot, but for now the gifted Ukrainian should be made to wait his turn. Hs is relevant only to hardcore fans and should challenge for a title only after Fury and Joshua have first sorted their business.

9. It will fill a football stadium in seconds

Fights in Las Vegas are fine, of course, but there are few things more tantalising than the prospect of a major fight held in a UK soccer stadium. Both Fury and Joshua have won fights in stadiums before and the setting is seemingly made for them.

10. It is a celebration of Britain’s dominance at heavyweight

All four of the world heavyweight titles are currently held by boxers born and raised in Great Britain and this is not something that happens all too often. As such, it is time to capitalise on the moment and give the UK public the all-British superfight they are craving.