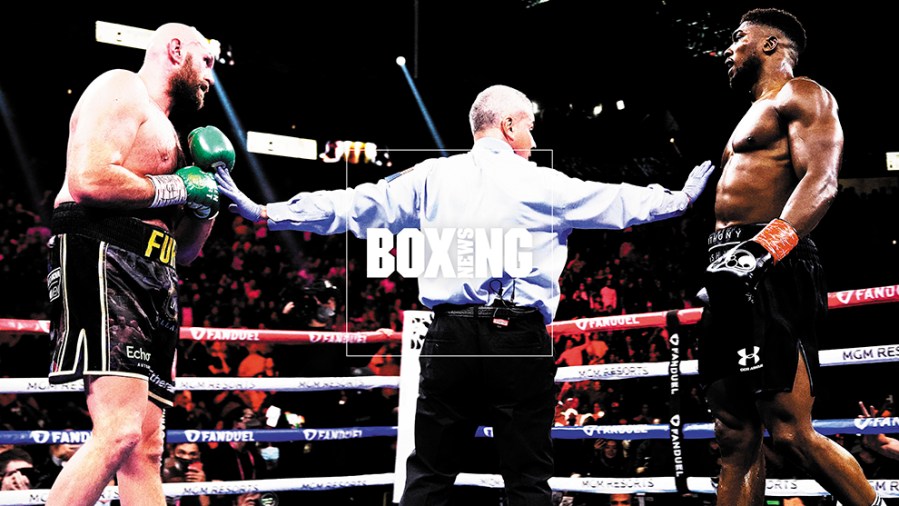 Seemingly on the cards for December 3 in Cardiff, the mooted heavyweight fight between Tyson Fury and Anthony Joshua still sounds too good to be true

The only thing worse than it happening a few years too late would be for it to never happen at all. But mess it up now, in 2022, and there’s every chance it just becomes “one of those fights”.

2 It will still attract huge interest in the UK

Forget its global importance for a second. This fight remains a mammoth one in the UK and, with rumours it would end up in the UK should it get made, that’s all that really matters.

Sure, the mature thing is to encourage Joshua to have a series of “comeback” fights following back-to-back losses against Oleksandr Usyk. Yet, at 32, and with his rivals in and around his age, what exactly would Joshua be building towards?

While Fury versus Usyk remains the most important fight to make at heavyweight, few would call it a must-watch, stylistically. Fury vs. Joshua, on the other hand, has always been that, a fact unchanged by Joshua’s recent defeats.

There was not much in the way of trash talk or needle between Joshua and Usyk ahead of their two recent fights. However, with Fury, that would all change, the pair having now goaded each other for years.

Though we hate to make it about the promoters, in this case, with Eddie Hearn and Frank Warren involved, we will make an exception. To see them share a room would be something.

Usually when watching these two heavyweights against other opponents, we are left analysing a fight between a big man and a small man, with the physical disadvantages of the small man often key. Yet, by choosing to fight each other, they would for once be competing on an almost level playing field.

8 America is a no-go

Fury, for obvious reasons, won’t be travelling to America anytime soon, so it makes sense for him to bide his time fighting domestic opposition in the UK. (Just to be clear, we said the UK and not the Middle East.)

It’s true. Until it gets exciting again, the rivalry between Fury and Joshua is about as boring as it gets. Neither say anything new, much less anything of interest.

10 Usyk will still be waiting

At 35, and with only four heavyweight fights to his name, Usyk has time; meaning there is no desperate rush to get him in the ring with Fury, his main rival, this year.