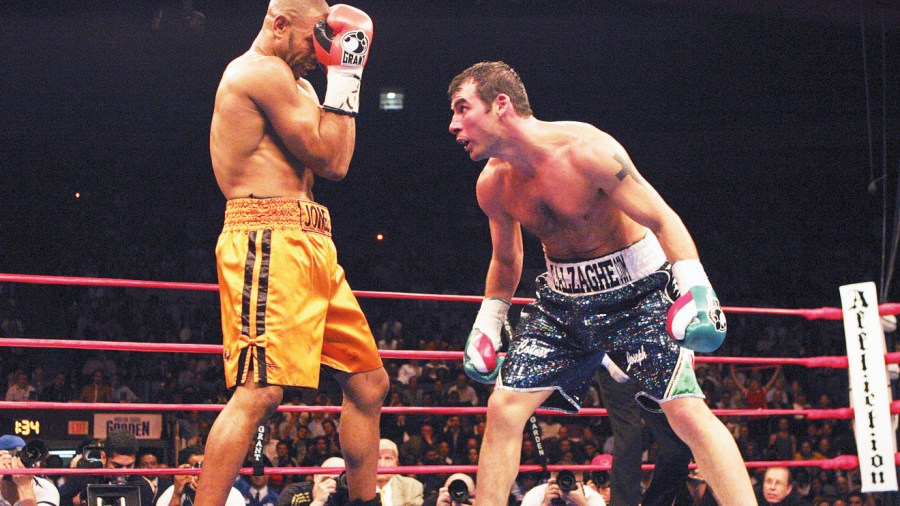 1. BOB FITZSIMMONS
Born in Cornwall, Fitzsimmons moved to New Zealand when he was a child. He went on to become the first three-weight world champion in history, winning titles at middleweight, light-heavyweight and heavyweight.

2. JOE CALZAGHE
The unbeaten Welsh wizard reigned for over a decade at super-middleweight. He may not have won an alphabet title at light-heavy, but he was the man at 175lbs after beating Bernard Hopkins for The Ring belt.

3. NIGEL BENN
A title-holder at middleweight and super-middle, the ferocious Benn built up a reputation as one of the most exciting fighters around. His breathtaking victory over Gerald McClellan ended in tragic circumstances.

4. RICKY HATTON
Adored by his army of loyal fans, Hatton’s defeat of Kostya Tszyu in his hometown of Manchester has gone down as one of British boxing’s greatest nights. He was a titlist at super-lightweight and welter.

5. CHRIS EUBANK
One of the sport’s most outlandish and charismatic characters, the granite-chinned Eubank shared a fierce rivalry with Nigel Benn. Like his bitter enemy, he was a middleweight and super-middleweight champ.

6. DAVID HAYE
The explosive and hard-hitting Haye moved up to heavyweight after conquering the cruiserweight division in scintillating style. He bamboozled the 7ft Nikolai Valuev to claim a title in the land of the giants.

7. DUKE McKENZIE
A belt-holder in a trio of weight classes – flyweight, bantamweight and super-bantamweight – the decorated McKenzie was Britain’s first triple champion since the days of Bob Fitzsimmons in the early 1900s.

8. CARL FRAMPTON
This classy and popular Northern Irishman made his name at super-bantamweight, before stepping up to the featherweight ranks and becoming the first – and so far only – man to get the better of Leo Santa Cruz.

9. RICKY BURNS
As tough and honest as they come, Burns became the UK’s most recent three-division ruler when he claimed a super-lightweight strap. Prior to this, he had secured honours at super-featherweight and lightweight.

10. BILLY JOE SAUNDERS
Saunders has had his fair share of issues outside the ring, but inside it he has been flawless so far, having won all of his bouts up to this point. His title wins have come at middleweight and super-middleweight.