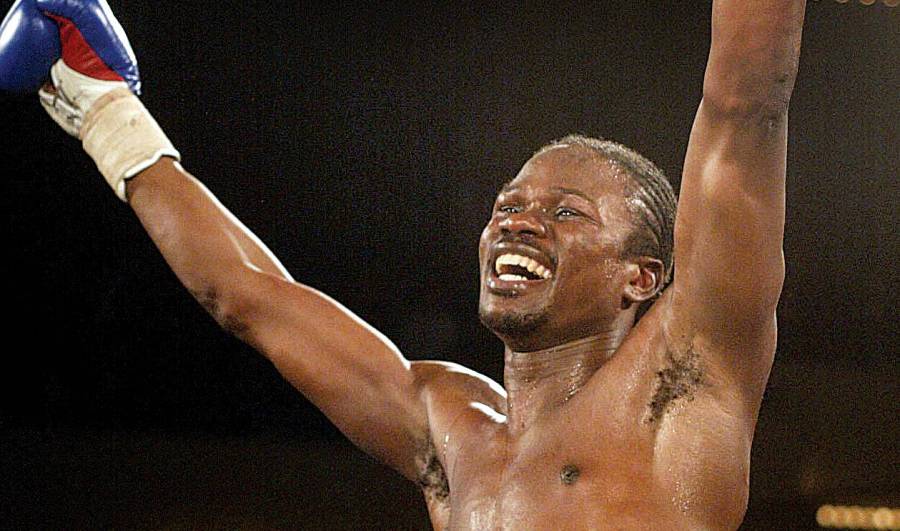 Augusta hero Vernon Forrest, a former two-weight world champion, died tragically in 2009 at the age of just 38. He left, however, quite a legacy in the sport of boxing…

1. Shane Mosley I
Arguably one of the finest performances of the modern era, Forrest used his jab and right hand to neutralise the brilliance of Mosley in 2002, flooring him twice before widely outpointing him.

2. Shane Mosley II
While nowhere near as convincing or compelling as their first encounter, Forrest’s rematch win over Mosley, also in 2002, confirmed his superiority over his California rival and announced Forrest as more than simply a one-hit wonder.

3. Sergio Mora
This 2008 win against Mora, in what would prove to be Forrest’s final fight, landed Forrest his old WBC super-welterweight title and also avenged the razor-thin loss he suffered against the unbeaten Mora earlier that year.

4. Carlos Baldomir
Disgraced Argentine Baldomir met Forrest in a vacant WBC super-welterweight title fight in 2007, yet had no answer for Forrest’s height, reach and classier skills and found himself disciplined through 12 one-sided rounds.

5. Ike Quartey
Like Forrest, a fighter with a wonderful jab, Quartey nevertheless needed just a bit more than that when on the receiving end of an extremely close decision in their 10-rounder in 2006.

6. Raul Frank II
After the disappointment of a No Contest in 2000, Forrest and Frank reunited the following year and this time Forrest left nothing to chance, beating Frank via decision. The win landed Vernon his first version of a world title.

7. Michele Piccirillo
Known mostly for upsetting Cory Spinks to win the IBF super-welterweight title in 2002, Italian Piccirillo had far less success when challenging Forrest five years later. Halted inside 11 rounds, he had never before been stopped.

8. Adrian Stone
Long before Mosley looked a million dollars against Stone in 2001, Forrest had his way with the Brit in ’97, breaking him down gradually before stopping Stone in the 11th round.

10. Ray Oliveira
All-action Oliveira found himself outclassed and outsized when he met Forrest in 1997 and was pretty much dominated throughout the fight.

Read Elliot Worsell on Shane Mosley versus his bogeyman here