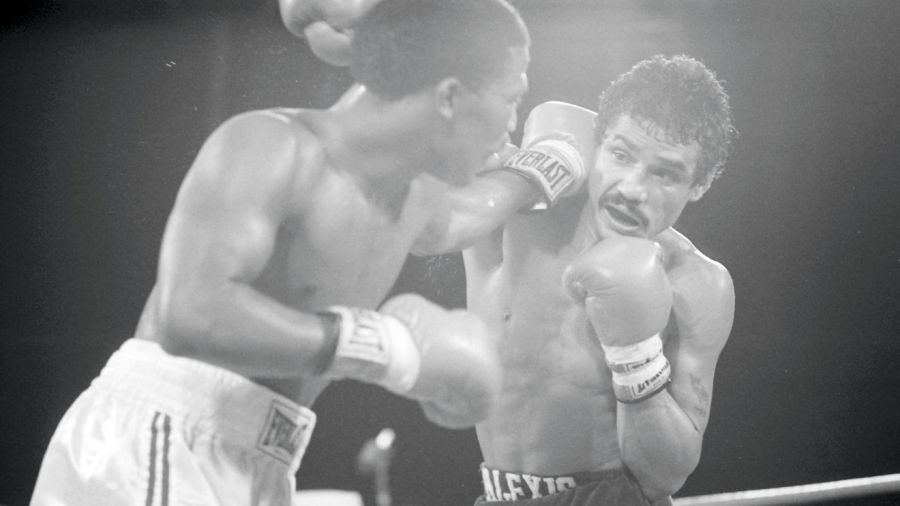 To celebrate the compelling super-featherweight fight between Óscar Valdez and Shakur Stevenson, here are 10 of the best world champions to have graced the division

3. Floyd Mayweather
Mayweather made his mark at super-featherweight. He defeated Genaro Hernández to win the WBC title in 1998, then defended it against Diego Corrales, Carlos Hernández and Jesús Chávez, among others.

4. Flash Elorde
Filipino hero Elorde was at his best at 130lbs, where, in 1960, he conquered Harold Gomes inside seven rounds to win the world title, then knocked him out inside a round in the rematch. Ten defences followed.

5. Azumah Nelson
Nelson stepped up to super-featherweight in 1998 to win the WBC title against Mario Martínez. He defended the belt 10 times, beating Jeff Fenech and Juan Laporte along the way.

6. Manny Pacquiao
After losing his 130-pound debut against Erik Morales, Pacquiao went on to stop him in 10 rounds in the 2006 rematch, and also beat Marco Antonio Barrera and Juan Manuel Marquez in WBC title fights.

7. Genaro Hernández
Hernández, at super-featherweight, beat Daniel Londas in 1991 to win the WBA title, which he defended eight times. He then won the WBC title against Azumah Nelson in ’97 and defended that belt three times.

8. Brian Mitchell
Mitchell won the WBA super-featherweight title in 1986, beating Alfredo Layne inside 10 rounds, and defended the belt 12 times before conquering Tony Lopez to win the IBF version in ’91.

10. Bobby Chacón
At super-featherweight, Chacón played his part in some of the greatest fights the sport has ever seen, including a war against Rafael ‘Bazooka’ Limón in 1982, which landed Chacón the WBC title, and another against Cornelius Boza-Edwards the following year.