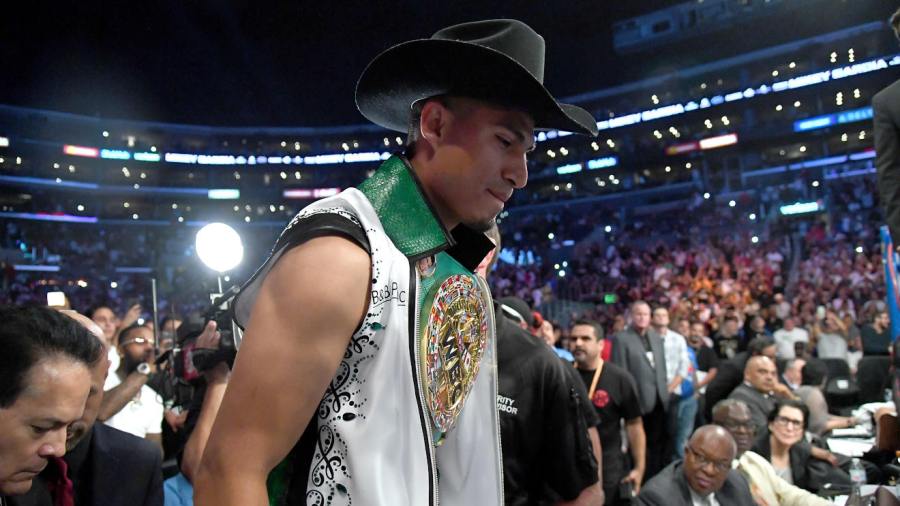 As Ryan Garcia looks to make a name for himself at lightweight, we take a look at the (unrelated) fighting Garcias who came before him

.2 Mikey Garcia
Mikey was a great contender before beating Orlando Salido in 2013 to win a featherweight belt. He won titles at super-feather, light and super-lightweight, beating Román Martínez, Dejan Zletiĉanin and Adrien Broner.

3. Danny Garcia
Garcia won a vacant super-lightweight belt, outpointing Érik Morales in 2012, then knocked out Amir Khan. In 2016, he went up and won a welterweight strap by decision against Robert Guerrero.

4. Roberto Garcia
Now an esteemed trainer, Roberto García won the IBF super-featherweight title in 1998 when outpointing Harold Warren. It was a belt he defended twice before losing to Diego Corrales in ’99.

5. Lorenzo Garcia
Argentina’s Lorenzo Garcia boxed 122 times as a pro and competed for the vacant WBA super-lightweight title against Johnny Bumphus in 1984. He dropped Bumphus but lost a decision.

6. Raul Garcia
Raúl García won the IBF strawweight gong in 2008 when outpointing Florante Condes. It was a belt he defended four times before stopping Rommel Asenjo in three rounds to take the WBO version in 2011.

8. Genaro Garcia
In 2006, Mexican Genaro García fought for the WBC bantamweight title against Hozumi Hasegawa, losing by decision. He was stopped in seven rounds by Luis Alberto Pérez in his next title shot before a 12th-round stoppage against Toshiaki Nishioka ended his third try.