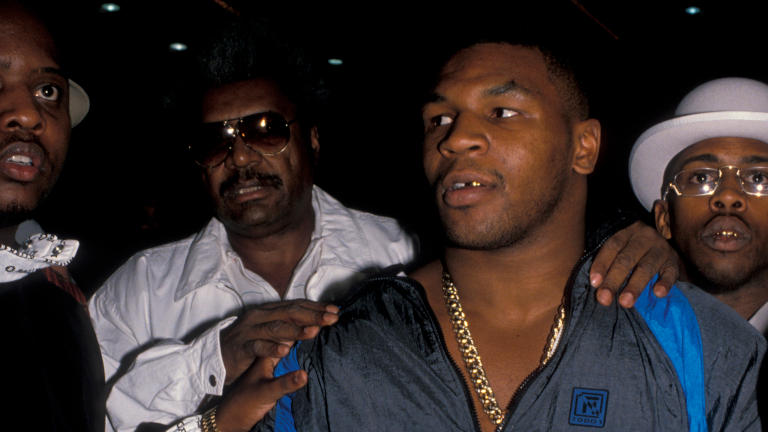 Boxing is renowned for its trash talk. Some elevate ‘sledging’ to an artform, others plumb new depths. Alex Zendra rounds up some of boxing’s worst (or best depending on your point of view) insults. Be warned, some of the language is explicit.

In the lead up, “Money” Mayweather seemed to force his trash talking, constantly in front of the media.

The result of the fight though was a split decision, which shows his brash charisma wasn’t hugely effective for the pound for pound champion.

“It will be as one sided as a gang rape”

As tasteless as it comes, “The Hayemaker” drew a rabbit out the hat with a more audacious comment than usually given to his opponents; possibly as there was great animosity between himself and Harrison in the build-up.

8. James Toney ahead of Chris Eubank vs Nigel Benn II

While Nigel and Chris were having a chat with Jonathan Ross on ITV, Jonathan introduced James “Lights Out” Toney to the Britons. Toney wasted little time in taunting the two, yet stating to Eubank:

“When I see you, ima beat you and your momma’s ass.”

In an interview with Max Kellermen and the production of HBO 24/7, Floyd was confused when Shane recollected that a young Floyd said he wanted to be like Sugar when coming through the ranks.

“Why the f*ck I wanna be like you Shane when I made more money in my last two fights than you made in your whole career!”

Despite usually predicting the future, expressed through his poetry “The Greatest” didn’t live up to his typical expectancy in his first outing against Joe Frazier. However, his choice of words is worthy among this listing:

“Frazier has two chances. Slim and none. And slim just left town.”

Delivering a testament of oomph in a post-fight interview with Floyd Mayweather after he defeated Victor Ortiz; Floyd was exasperated, saying, “you don’t ever give me a fair shake” with Larry Merchant finishing the interview responding:

“If I was 50 years younger I would kick your ass”.

Far ahead of his time and one of the best defensive pugilists to lace up a glove; his stature as a great champion gave him such confidence, reflected in his bravado. Notably, a previous opponent asked the “Wisp” if he remembered him. Pep replied:

“Lie down so I can recognise you…”

Despite having a mutual understanding with Smokin’ Joe, he didn’t hesitate in offending him with a serious insult:

This was to identify a black man who seeks the approval of “the white man” and is seen as betraying his own group. A harsh insult, which generated severe, lingering animosity between the two.

‘El Matador’ has lived up to his nickname to the point it is merely an understatement. From Mayorga smoking, pushing and shoving to famously trash talking to Felix Trinidad:

“Tell your wife to screw you the morning of the fight so you don’t take a dive like you did against Hopkins, fa*got.”

We should remember when Tyson stated, poetically, how great he is. But Mike spontaneously said this in an interview calling out Lennox Lewis straight after Tyson demolished Lou Savarese in 2000.

“I’m just ferocious, I want your heart, I wanna eat his children, praise be to Allah.”