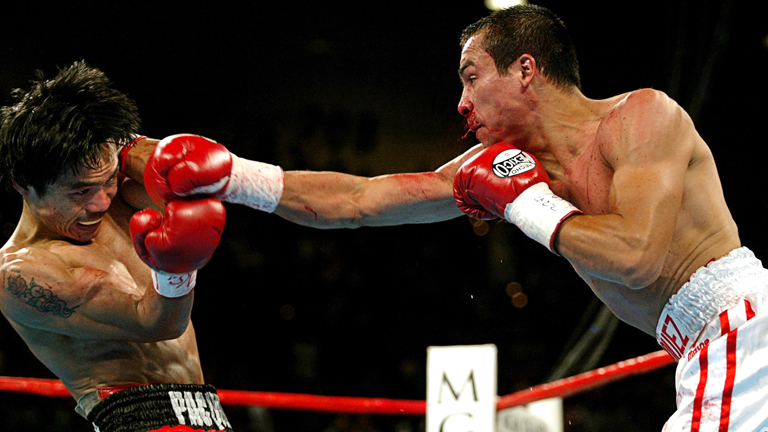 What if Joshua-Klitschko doesn't produce a winner. Here are 10 of boxing's most high profile draws

Whitaker tamed the marauding Mexican over 12 rounds in Texas, only to be forced to settle with a draw.

“This is what is killing boxing,” said Emanuel Steward after his charge, Lewis, was unfairly denied victory by the judges.

Floored three times in the first, Marquez battled back to earn a draw.

Leonard later admitted that Hearns deserved victory in this rematch, having earned two knockdowns along the way.

Hagler had seemingly done enough in his first attempt at world honours, though conclusively beat Vito a few years later.

This momentous rematch did not live up to its electric predecessor, but millions tuned in to watch.

You would struggle to find a fight with more head clashes than this foul-filled affair, which did not produce a winner.

Perhaps best known for being sleep-inducingly dull, this heavyweight world title clash seemed to have gone Holyfield’s way – but not according to the judges.

There would be no unified super-middleweight champion when these two collided in an enthralling struggle, during which both were down and DeGale lost two teeth.

Nelson started fast but was worn down by Fenech’s swarming attacks, and was almost stopped in the final round.