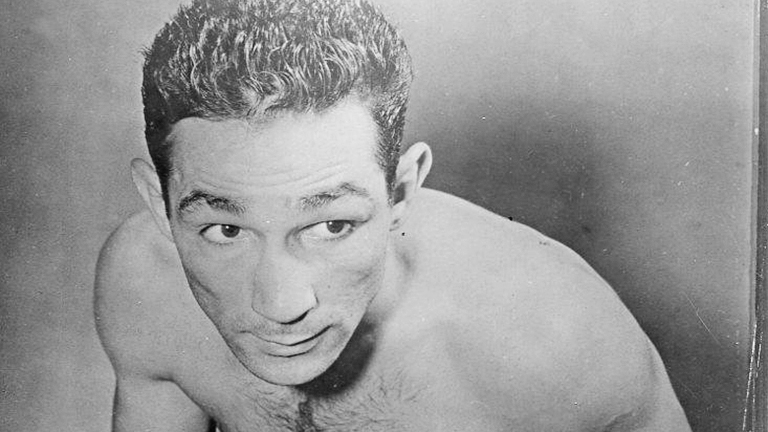 In honour of Regis Prograis’ Cajun werewolf nickname, ‘Rougarou’, here are some other monstrous nicknames

1. BARBADOS DEMON
One of the top welterweights in history, Joe Walcott – not to be confused with Jersey Joe Walcott – won the 147lb world championship in 1901. Despite standing at less than 5ft 2ins, he took on all comers – even heavyweights.

2. ST. PAUL PHANTOM
Regarded as an all-time great middleweight, Mike Gibbons was a defensive whizz who campaigned during the first quarter of the 20th century. He employed impeccable footwork to outmanoeuvre his rivals – hence his nickname.

3. THE UNDERTAKER
Perhaps better known as “The Black Panther”, Harry Wills was also labelled “The Undertaker” during his time in the ring from 1910 to 1932. He criminally never fought for the world heavyweight title due to the colour bar.

4. THE LIVING DEATH
Lew Jenkins, AKA “The Sweetwater Swatter”, AKA “The Living Death”, held the world lightweight crown from 1940 until 1941. The big-drinking, motorbike-riding thrill-seeker packed incredible power into his punches.

5. WILL O’ THE WISP
Viewed by many as possessing the best defence of any boxer who has ever lived, the elusive Willie Pep perfectly personified his ghostly nom de guerre. He twice claimed the world featherweight belt during the 1940s.

6. THE BOOGIEMAN
A former WBA heavyweight title challenger, Jesse Ferguson stepped into the ring with a long list of prominent names in his division throughout the 1980s and 1990s. He was consistently matched tough but scored some notable wins.

7. THE BEAST
After securing a silver medal at the 1980 Olympics, John Mugabi went on to achieve the status of WBC super-welterweight champion as a pro. The fearsome puncher also challenged for the undisputed middleweight crown.

8. EL DIABLO (THE DEVIL)
Before finding religion, Angel Manfredy wore a rubber Satan mask during his ring walks, which symbolised his wild lifestyle at the time. In the late ‘90s and early 2000s, he had two world title tilts at 130lbs and two at 135.

9. THE GHOST
Two world titlists of the 2000s are synonymous with this tag – Robert Guerrero and Kelly Pavlik. Guerrero is an ex-IBF champ at featherweight and super-feather, while Pavlik was the unified WBC and WBO middleweight king.

10. MONSTER
A three-weight world ruler and current pound-for-pounder, Naoya Inoue’s moniker is certainly appropriate. He has collected WBC honours at light-flyweight, WBO at super-flyweight, and WBA and IBF at bantamweight.