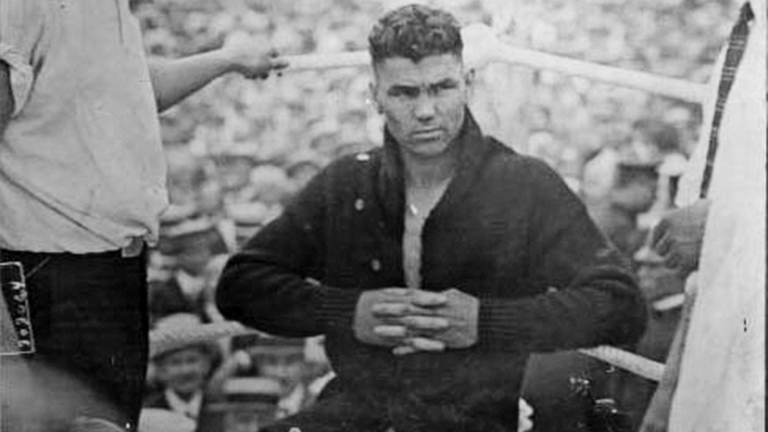 Mike Tyson, Jack Dempsey and Roy Jones Jnr are just a few of the boxers who have flexed their acting chops

Known for his durability as a seventies and eighties heavyweight contender, Cobb also possessed the charisma and face to land a number of film roles. In 1987’s Coen brothers movie, Raising Arizona, he famously stole the show as ruthless bounty hunter Leonard Smalls.

Before Tommy Morrison became a WBO world heavyweight champion, he was Tommy ‘Machine’ Gunn, Rocky Balboa’s young protégé with whom he would share a street fight in Rocky V.

Stretch, a one-time WBO middleweight title challenger, has featured in plenty of films over the years but is mostly remembered for his turn as Sonny in the 2004 Shane Meadows film Dead Man’s Shoes.

Tyson, boxing’s youngest heavyweight champion, was known as one of the sport’s most fearsome fighters during his prime. Yet comedy turns in The Hangover movies revealed a lighter side to ‘Iron’ Mike’.

Former world heavyweight champion Dempsey has 24 acting credits to his name according to IMDB.com, including roles in Damn Citizen, Big City and The Prizefighter and the Lady.

Jones has shown up in a few films over the years but is most revered for his role as Ballard in The Matrix Reloaded. To witness his moves in the ring, of course, was often like witnessing something from The Matrix.

Given his imposing presence and hard man looks, it should come as no surprise that former WBO middleweight and super-middleweight champion Steve Collins has appeared in his share of gangster movies. His role as a bouncer in Lock, Stock and Two Smoking Barrels remains the highlight.

In 2016, Bellew famously won his WBC cruiserweight title against Ilunga Makabu at Goodison Park, home of his beloved Everton Football Club. He also happened to fight Apollo Creed’s son at the same venue when playing the role of ‘Pretty’ Ricky Conlan in Creed.

Not long after knocking out Roy Jones Jnr in spectacular fashion, Tarver capitalised on his newfound fame to land a role as Mason ‘The Line’ Dixon in the 2006 movie Rocky Balboa. It gave him the chance to test his skills against a 50-year-old Balboa.

Welch was once a British heavyweight champion and WBO title challenger. He then made his big screen debut in Guy Ritchie’s Snatch, playing the part of Horace ‘Good Night’ Anderson.