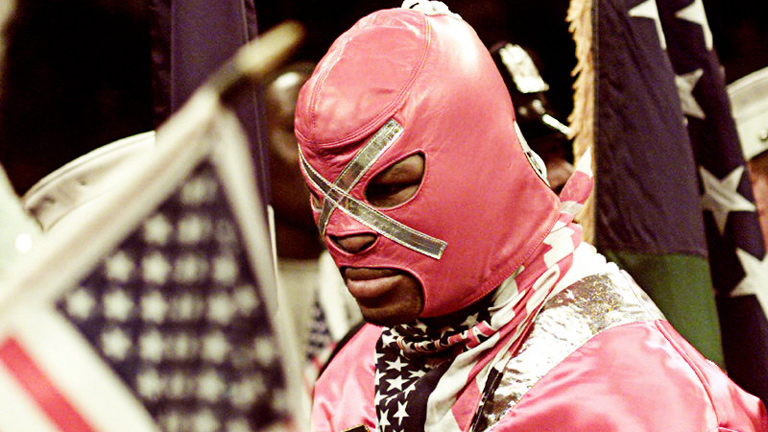 Foreman enjoyed two lives as a heavyweight contender and champion. Following a 10-year break between ’77 and 87’, Big George returned to win the world heavyweight title against Michael Moorer in ’94. He was 45 years old.

Both Klitschko brothers were known for their longevity and lengthy reigns as heavyweight champions. Wladimir held his titles for nearly a decade before retiring at 41, while Vitali became champion in 2004, took four years out, then returned to pick up where he left off in 2008. He was also 41 when he called it a day.

Moore lost to Floyd Patterson in 1956, just before he turned 40, but then went undefeated in his next 20 fights. In this fruitful four-year period, Moore stopped Yvon Durelle in 11 rounds to defend the world light-heavyweight title (despite being floored four times) and then beat Durelle again, this time inside three, less than a year later.

Quite incredibly, McCall is still trucking at the ripe old age of 54 and defeated Hugo Lomeli via second-round stoppage in May of this year. In his forties, meanwhile, he was beating men like Sinan Samil Sam, Yanqui Diaz, Lance Whitaker and Fres Oquendo.

Holyfield wasn’t quite the ‘Real Deal’ he was in his thirties but still managed to remain competitive and relevant once hitting the Big 4-0, beating men like Hasim Rahman, Fres Oquendo and Frans Botha. He was also unlucky not to win the WBA title against Nikolay Valuev in 2008.

Still capable at 40, Mosley extended Saul ‘Canelo’ Alvarez the full 12 rounds in 2012, when about to turn 41, and later scored wins over Pablo Cesar Cano and Ricardo Mayorga. He retired in 2016 at the age of 44.

Once a brilliant champion at middleweight, super-middleweight and cruiserweight, Toney, by the time he was 40, was resigned to the role of big-name opponent. He lost a decision in a cruiserweight title fight against Denis Lebedev and even went on to lose a Prizefighter semi-final against Jason Gavern.

Though we should probably discount Mayweather’s win against Conor McGregor in 2017 and pretend the whole thing never happened, Mayweather was 40 years of age at the time and, in fairness, will be remembered as much for his incredible staying power as his sublime skills.

Mayorga first retired in 2011, following a defeat against Miguel Cotto, before deciding to give it another go three years later, now in his forties. Competing mostly at home in Nicaragua, Mayorga has experienced mixed fortunes, winning three and losing four.