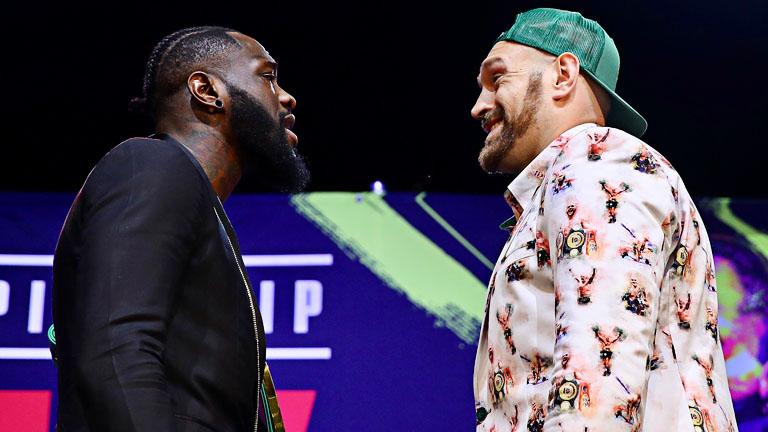 Aside from the 12 rounds they shared in 2018, there are other moments in the careers of Deontay Wilder and Tyson Fury that could reveal what happens this weekend

Few gave Fury a chance of beating Klitschko when the pair met in Dusseldorf in 2015, yet ‘The Gypsy King’ used his range and size expertly to bamboozle the world heavyweight champion en route to a decision win after 12 rounds.

Though seemingly trailing on the cards whenever in the ring with Ortiz, this hasn’t stopped Wilder leaving the Cuban defeated on the canvas twice. The first time this happened was in 2018, when Wilder was on the brink of being stopped himself, and it happened again the following year, when the WBC champion was being soundly outboxed.

As with Wilder and Ortiz, there was a sense Cunningham, a former cruiserweight champion, had Fury’s number when they met in 2013. He decked the Brit in the second round, heavily, but was slowed and eventually stopped by Fury in the seventh.

Wilder had stopped all 32 of his opponents when he faced Stiverne for the WBC heavyweight title in 2015. But Stiverne proved a tougher test than most, lasting the distance and forcing Wilder to hear the scorecards for the first time.

You won’t hear much about this one these days, but in 2009 John McDermott appeared to outbox Fury for 10 rounds, only for referee Terry O’Connor to do the dirty on him to the tune of a 98-92 scorecard. Fury stopped McDermott in the return but the decision in their first fight still felt wrong.

6. Wilder struggles with Artur Szpilka, then sparks him out

Before Szpilka ended the night on the canvas, out cold following a Wilder right hand, he showed plenty of talent and spirit and gave Wilder much to think about for eight and a half rounds.

When Fury and Chisora met for the British and Commonwealth heavyweight titles in 2011, both were unbeaten and dreaming of world honours. In a fun fight, Fury prevailed after 12 rounds.

Wilder’s 2019 fight against fellow American Breazeale offered fans the perfect opportunity to compare him with rival champion Anthony Joshua. Joshua, of course, took seven rounds to get rid of Breazeale whereas Wilder got the job done inside a round.

9. Fury is cut to pieces by Otto Wallin

In what was supposed to be a routine fight, Fury ended up getting more than he bargained for against the unheralded Wallin in 2019. Cut badly around both eyes, he had to settle for going the distance and escaping with a win.

10. Wilder thrashes Audley Harrison inside a round

Stopping Harrison inside a round isn’t one of Wilder’s top 10 best wins but was arguably a breakout one. At the time, back in 2013, Wilder was relatively unknown, and Harrison was the first scalp of note added to his record.