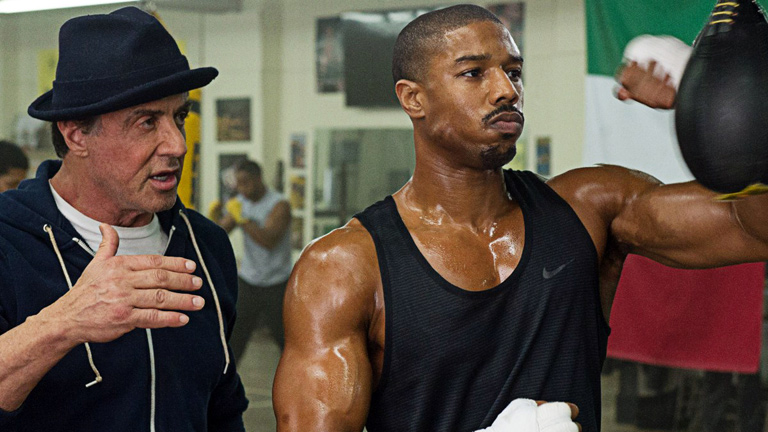 It’s not easy being a boxer, and it’s almost as difficult playing one on screen. But these 10 actors brought boxers to life in Hollywood movies

Known for his method acting, De Niro lived and breathed the role of Jake La Motta in the 1980 classic Raging Bull, generating an intensity befitting a boxer who was feared both inside and outside the ring.

Stallone created and played the most famous fictional fighter of them all, Rocky Balboa. The journey started in 1976 with Rocky 1 and is still going strong with Creed 2 in 2018.

In the 1979 film The Champ, Voight played Billy, a former boxer preparing for the biggest fight of his life with Annie, his ex-wife, who returns after abandoning their son seven years prior.

Day-Lewis played Danny Flynn in the 1997 film The Boxer and was so impressive in the gym, while preparing for the role, that former featherweight champion Barry McGuigan said he could even have turned professional.

The one female on the list, Swank became Maggie Fitzgerald in the tragic 2004 film Million Dollar Baby and was trained by Frankie Dunn, an old, embittered coach played by Clint Eastwood, the film’s director.

Five years after playing a Roman General in Gladiator, Crowe morphed into James J. Braddock, one of the sporting world’s unlikeliest of heroes, for the 2005 epic Cinderella Man.

Though Christian Bale took most of the plaudits for his high-energy portrayal of Dickie Eklund, Wahlberg’s understated, note-perfect take on ‘Irish’ Micky Ward was just as important to the success of 2010’s The Fighter.

Few would envy the actor tasked with playing the inimitable Muhammad Ali, but Will Smith, once known as the Fresh Prince of Bel-Air, did a fine job in the 2001 Michael Mann biopic Ali.

In the 2016 film Bleed for This, Teller played Vinny Pazienza, the charismatic former IBF world lightweight champion who recovered from a car crash to resume his boxing career against all the odds.

Gyllenhaal introduced the world to boxer Billy Hope in the 2015 film Southpaw, a mixed bag of a movie in which Hope fights to get his daughter back from child protective services while simultaneously reviving his professional career following a personal tragedy.