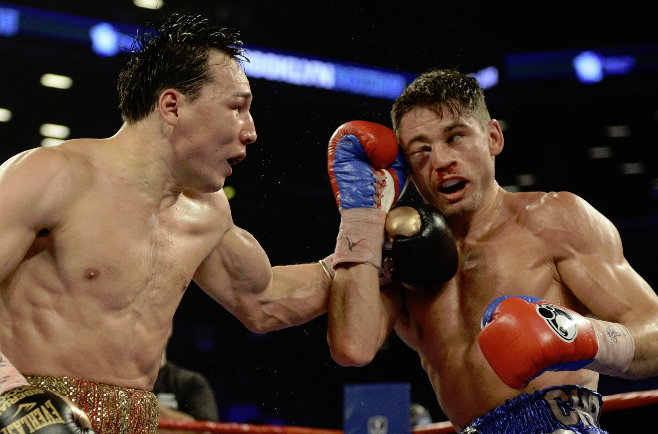 THE clear choice for Upset of the Year was unknown Chris Algieri’s June 14 victory over proven slayer, Ruslan Provodnikov.

The script was followed during the early going, as Provodnikov threatened a first round stoppage as he twice bounced Algieri off the floor. But the wiry New Yorker showed his grit and started to fire back. Provodnikov could not adapt to the slick boxing and spent too much of the 12-rounder trying to duplicate his early success.

At the final bell, ringsiders were divided in who they believed won, but it was hard to deny Algieri – busted up around the eyes – deserved his win. All three judges tallied for the underdog to set up an unlikely November showdown with superstar Manny Pacquiao.

COMING TOMORROW: KNOCKOUT OF THE YEAR