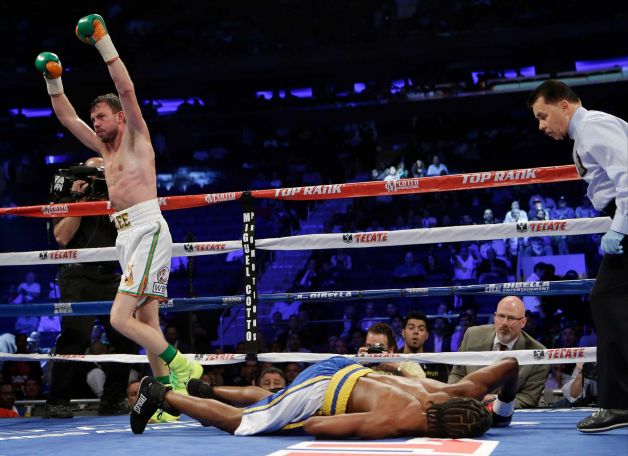 THE most impressive one-punch finish of 2014, according to you, our wise readers, was Andy Lee‘s astonishing icing of John Jackson on June 7 in Madison Square Garden.

Lee was under fire and behind on the cards when the end came in round five. The Irishman launched a textbook right hand as Jackson bowled in a left. Lee’s landed first, and the effect was pure devastation. Jackson – son of slugging cult hero Julian Jackson – was out, and the game was over.

Congratulations to Lee, and his team, for scoring the Knockout of the Year, and his subsequent triumph over Matt Korobov that snared the WBO middleweight title.